Arjun Kapoor Is Here With A Dose Of Weekend Fitness Motivation

"Life has its ups and downs, I call them squats," Arjun Kapoor wrote 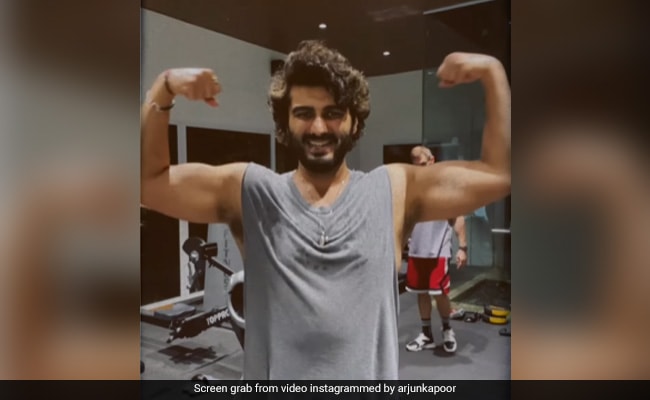 Arjun Kapoor in a still from the video. (courtesy: arjunkapoor)

Arjun Kapoor has always been vocal about his fitness journey. The actor, on Friday, shared another video of his time at the gym. In the clip, he is seen squatting, lifting weights, and performing a range of other complex exercises. Sharing the clip, Arjun Kapoor said, “Life has its ups and downs, I call them squats. Back Squats: 4x15. Romanian Deadlifts: 4x15 Bulgarian Split Squats: 4x15 (both legs). Sumo Squats: 4x15. Leg Curls: 4x15,” adding that it was his #legday at the gym. Replying to the post, fans applauded him in the comments section.

Last year, Arjun Kapoor also shared a picture of himself working out. In the caption, the actor said, “Weekend plan? Hard work, hard work and more hard work...Mehnat ka phal sabko dikhana banta hai (You have to show off the rewards of hard work).”

In September 2021, Arjun Kapoor shared another post about his transformation. The actor said, “One year anniversary! Aap soch rahe hoge kis cheez ka? Koi khushiyon wali anniversary nahin hai yeh, it's one year since I tested positive for covid-19... and it pushed my fitness level back by months. I had just started getting into a routine with @drewnealpt on zoom sessions in lockdown and boom, I got covid. For someone like me - the struggle is continuous, every day counts, and every training session counts. I remember being demoralised, and distraught. I was just on the path to making a turnaround - emotionally, and mentally, I was there to make it happen... I took some days to get over the fact that after taking all the precautions, it happened to me. But I told myself, I will work doubly hard to not let this throw me off the rails. Clean eating and resting my mind and body was at its peak during my recovery.”

Arjun Kapoor made his debut in 2012 with the film Ishaqzaade alongside Parineeti Chopra. He is known for his work in films such as Gunday, 2 States, and Sandeep Aur Pinky Faraar. He was last seen in Ek Villain Returns.