Why Is Arjun Kapoor So Happy That It’s June? Hint In Parineeti Chopra’s Comment 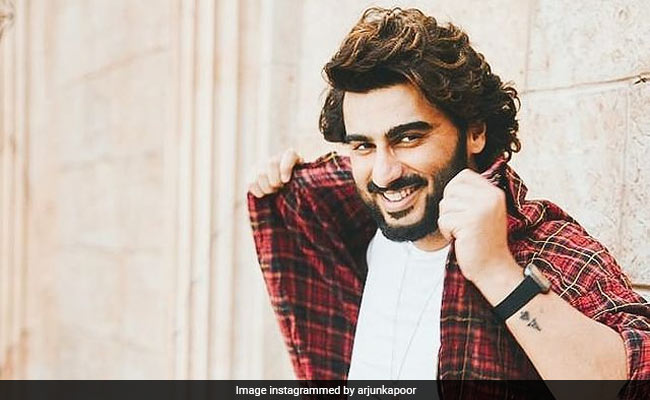 Arjun Kapoor kicked off his birthday month by posting a carousel of pictures on his Instagram timeline, leaving fans guessing the reason behind his euphoric mood. The set of three photographs feature Arjun stealing hearts in a chic red checked shirt, a white tee shirt and black denims. But it was the caption that drummed up quite a buzz, as he wrote, “June is here. Arjun is happy, any guesses why?” With just 25 days to go for his 36th birthday, the Instagram upload gives us a lot to think about what he might have in store. Soon fans started to guess the reason behind the Ishaqzaade actor's cheery grin. Arjun's friends from the industry also left quirky replies in response to his caption. Parineeti Chopra, his co-star in Dibakar Banerjee's latest movie Sandeep Aur Pinky Faraar, takes the crown with the quirkiest comment, saying, "oho! gift ka kharcha". The comment raked up replies by fans who found their friendly banter "cute". Dutch footballer and former player of Chelsea Football Club, Mario Melchiot also left his answer in the comments section. "Hope the smile is about the game boss," he wrote. The "game" refers to the UEFA Champions League final where Arjun Kapoor's favourite team, Chelsea, defeated Manchester City 1-0.

Some even speculated that Arjun and Malaika Arora's wedding might be on the books this month. "Are you getting married?" one fan asked.

Yesterday, Arjun-Malaika fans got a glimpse of some cute banter between the lovebirds. Arjun uploaded a video featuring himself and his dog, Max, as two were watching Arjun's film Sandeep Aur Pinky Faraar. And the best comment came from Malaika Arora, who wrote, "So cute".

Arjun Kapoor made his debut opposite Parineeti Chopra in the film Ishaqzaade. He is best known for his work in films such as Ki and Ka, 2 States and Gunday.