Anushka Sharma's 31st Birthday Celebrations Were All About Sunset, Songs And, Of Course Virat Kohli 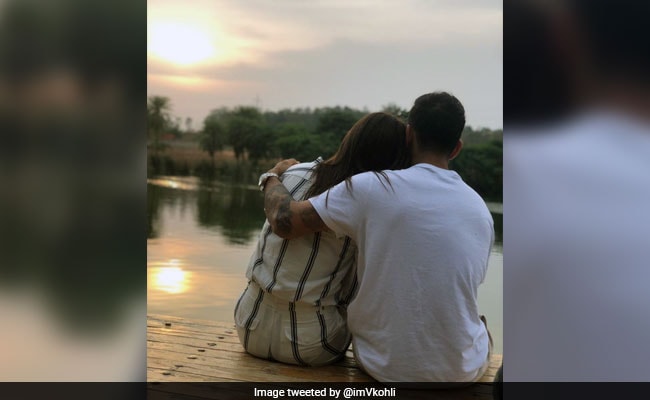 Anushka Sharma, who turned 31 on Wednesday, chose to celebrate her birthday with her husband Virat Kohli. Anushka's birthday celebrations were an intimate affair that involved sunset, Bob Marley's music and the company of her partner Virat Kohli. We got a glimpse of Anushka's oh-so-perfect birthday celebrations courtesy Virat Kohli, who shared a video on his Instagram profile, in which the couple could be seen chilling on a jetty as Bob Marley's Is This Love plays in the backdrop. The 30-year-old cricketer also shared a loved-up picture of himself along with the birthday girl on his Instagram profile. In the photograph, both Anushka and Virat could be seen making the most of their time as they look at the sunset in awe. Virat Kohli's post received over 4 lakh likes on Instagram within a few minutes.

Anushka Sharma has not reacted to Virat's post as of now but we are eagerly waiting for her reaction. Without much ado, check out Virat Kohli's post here:

The star couple frequently indulges in social media PDA and we simply love it when that happens. Remember the adorable "sun-soaked" picture that the couple shared a few months back. ICYMI, this is what we are talking about:

Both Anushka and Virat frequently make appearances on each other's Instagram profile. On Valentines Day, they shared mushy pictures on their respective Instagram profiles and Anushka captioned it: "Love is beyond and above everything. The only thing that's real. It's all encompassing and beyond the reach of the mind. Happy Valentine's Day to all."

Love is beyond and above everything. The only thing that's real . It's all encompassing and beyond the reach of the mind . Happy Valentine's day to all

After dating for several years, Virat Kohli and Anushka Sharma got married in December, 2017 in Italy.

On the work front, Anushka Sharma was last seen in Aanand L Rai's Zero, alongside Shah Rukh Khan and Katrina Kaif. The actress has not announced any upcoming project as of now.