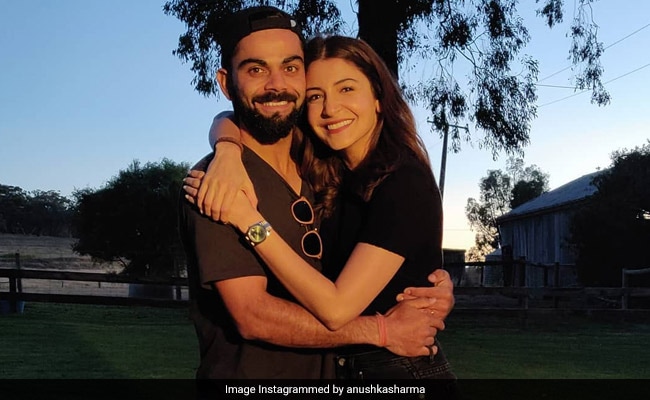 Cricketer Virat Kohli, who is currently busy with the ongoing Indian Premier Leagues matches, has planned an exclusive and romantic dinner date for his actress wife Anushka Sharma on her 31st birthday today, reports News18. Virat, who is the captain of Royal Challengers Banaglore, doesn't have a match scheduled on Wednesday and therefore he plans to spend his entire day with Anushka. A source told News18: "There is so much attention around them all the time, so they decided to make it extra private on this special day. They will spend the entire day with each other thankfully because Virat has no IPL match commitments on Anushka's birthday. They have planned a very special private dinner just for themselves. The couple will be the only ones at the venue and an exclusive hand-curated dinner will be laid out just for them."

The source added: "As soon as the IPL is over, Virat gets into his intense world cup practice sessions and Anushka too has several commitments lined up in Mumbai. So, this is the only quality time they could spend with each other before the World Cup ends."

Anushka Sharma, who has also produced films such as NH10, Phillauri and Pari, hasn't announced her next project yet.