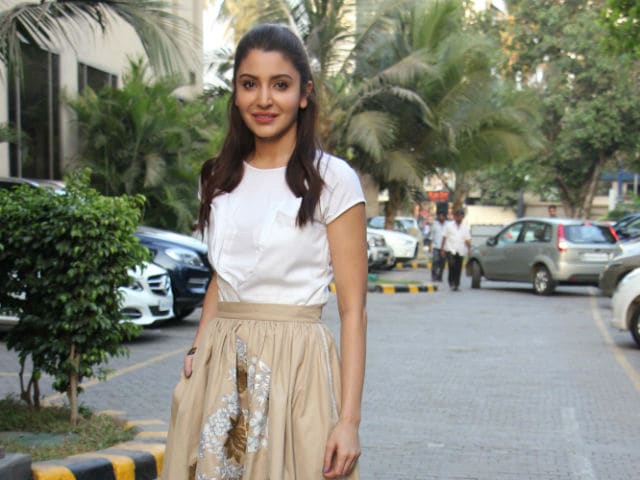 New Delhi: Phillauri, which is actress Anushka Sharma's second venture as a producer, released in theatres on March 24. Speaking to news agency IANS, the 28-year-old actress said that she is 'very happy' with the response her film has received. She added that producing movies which are high on content and turn out profitable are a 'priority' for her. "I'm very happy with the audience response to our film Phillauri. It is delightful that families are loving the film and watching it together making it truly a fun, family entertainer, which was always our endeavour," the Jab Tak Hai Jaan actress said in a statement to IANS.

Anushka Sharma added: "I have loved being a part of this journey right from the script stage to its post-production and final release. I feel blessed that our efforts are resonating with the audience." Phillauri, which collected Rs 4.2 crore on day one, has done well in North India, according to the makers of the film. The film is a story about a friendly ghost. Suraj Sharma, who portrays the role of an NRI, gets married to a tree as he is maanglik. However, a ghost stuck in the tree, portrayed by Anushka Sharma, begins to haunt him.

Phillauri has been co-produced by Anushka and her brother Karnesh Sharma under the banner of Fox Star Studios and Clean Slate Films and marks Anshai Lal's debut as a director. Speaking about the response the film has received so far, Karnesh told IANS: "We believe in making strong content-driven films that resonate with the audience through their unique storylines and execution. At the same time we run a tight ship with controlled budgetary outlays so as to ensure that the film delivers a good return on investment and is profitable to all its stakeholders."

The film made a pre-release business of Rs 12 crore from the satellite and music rights.

Promoted
Listen to the latest songs, only on JioSaavn.com
Phillauri has collected Rs 21.03 crore so far.