Anushka Sharma, Parineeti Chopra And A Food Challenge In London. Cool, No?

Parineeti Chopra and Anushka Sharma are busy travelling these days 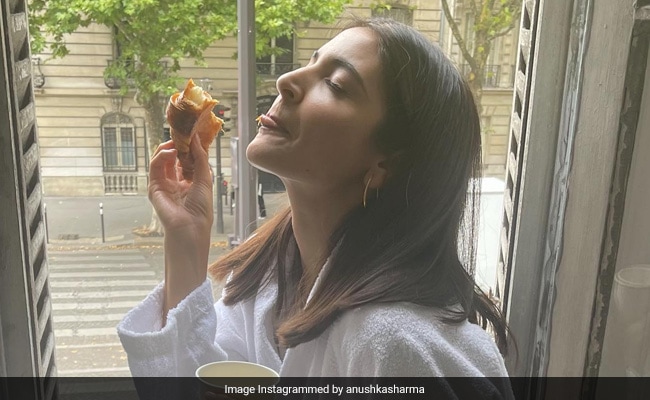 Anushka Sharma and her Ladies vs Ricky Bahl co-star Parineeti Chopra are busy travelling (separately). However, both the actresses are bonding on social media due to their love for food. Parineeti Chopra, after wrapping up sister Priyanka Chopra's birthday festivities in Mexico, checked into London. Parineeti Chopra, after posting a picture of scones and jam, wrote in her Instagram story: "Giving Anushka Sharma competition in London bread eating contest. Himmat hai toh scones and jam kha ke dikhao (If you have courage, then eat some scones with jam)." LOL. Anushka Sharma's response is awaited. Let's see if the actress aces Parineeti's challenge.

Just a couple of days ago, Parineeti Chopra dropped a comment on pictures from Anushka Sharma's Paris diaries. Anushka did the most Parisian thing (read ate croissants) and wrote: "When in Paris...Eat many croissants." Parineeti being the self-admitted foodie that she is, dropped a comment on Anushka's post that read: "Send me some to London. Thanks and regards." 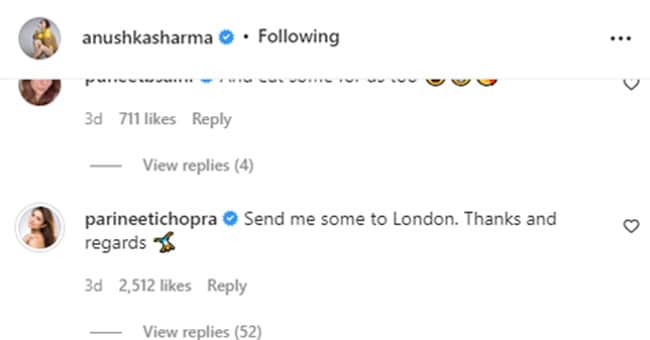 Anushka Sharma, in terms of work, will return to films with Chakda Xpress, a biopic on cricketer Jhulan Goswami. The actress, who was last seen in the 2018 film Zero, co-starring Shah Rukh Khan and Katrina Kaif, was busy as a producer in the last few years.

Parineeti Chopra will next be seen in Uunchai, which boasts of an impressive ensemble cast, including Amitabh Bachchan, Neena Gupta, Anupam Kher and Boman Irani. The actress starred in Sandeep Aur Pinky Faraar and Netflix's The Girl On The Train, recently.