"Look what I found in one of my old books," wrote Anurag Kashyap 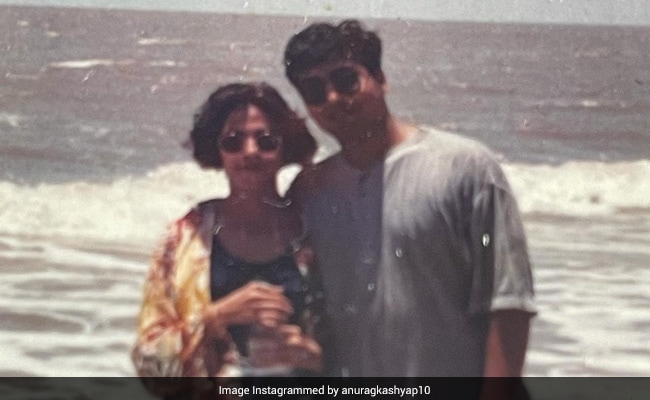 Anurag Kashyap dug out a picture perfect moment from his photo archives to wish ex-wife and film editor Aarti Bajaj on her birthday on Wednesday. Anurag Kashyap did not reveal when or where the picture was taken but it happens to be from a beach destination. In the picture, the ex-couple can be seen happily posing together. The filmmaker captioned his post: "Happy Birthday Aarti Bajaj... Look what I found in one of my old books." Tagging his and Aarti's daughter, Anurag Kashyap wrote: "Aaliyah Kashyap, who do you think you look like?" In the comments section of Anurag's post, Aarti Bajaj replied: "Thank you!!! Love it!"

Anurag Kashyap is best-known for directing films such as Dev.D, Gangs Of Wasseypur (both the parts), Mukkabaaz, Lust Stories, Ghost Stories and Manmarziyaan, among others. His last directorial project was the Netflix film Choked: Paisa Bolta Hai. He is also the director of the smash hit web-series Sacred Games (both the seasons), starring Saif Ali Khan and Nawazuddin Siddiqui.