Viaan is just like his mom when it comes to dancing. Here's proof 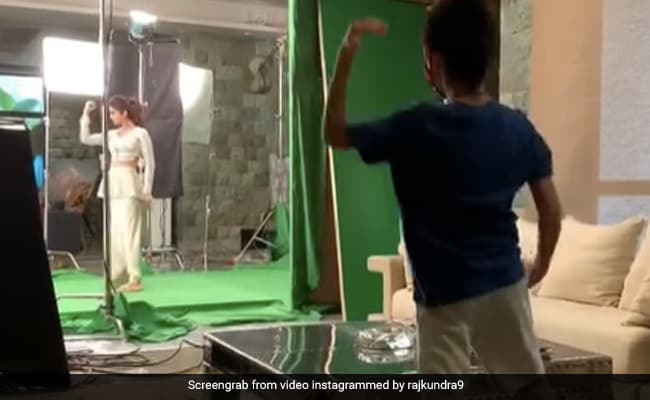 Shilpa Shetty and Viaan in a still from the video. (Image courtesy: rajkundra9)

After seeing Raj Kundra's latest post featuring wife and actress Shilpa Shetty and their son Viaan, the first thing that comes to our mind is - "like mother like son." On Thursday, Raj Kundra posted a clip of Shilpa Shetty dancing to the song Kar Har Maidaan Fateh against the chroma key background on set. The video also shows Viaan, 9, matching steps with his mom from a distance. Sharing the video, Raj Kundra wrote: "Behind the scenes literally! #throwback set masti... like mother like son #gratitude." Shilpa Shetty married Raj Kundra in the year 2009 and Viaan was born in 2012. Take a look at Raj Kundra's post here:

Earlier in the day, Shilpa Shetty shared a video edited by Viaan, in which he put his mom's face over Cate Blanchett's character Hela's using deep-fake technology for a scene from Marvels' Thor Ragnarok. Sharing the video, Shilpa wrote: "Viaan put a smile on my face with this video he made, describing how mumma handled COVID-19 All NEGATIVE... Still being positive hoping for a better Covid-free future for all."

Shilpa Shetty and Raj Kundra are also parents to a little daughter named Samisha. Recently, Shilpa posted an adorable clip of Viaan and Samisha spending quality time together. "To see these visuals just makes my heart melt," she wrote.