Another Day At Salman Khan's Farmhouse. The Actor Is Busy "Being Taken For A Ride"

Catching up with Salman Khan 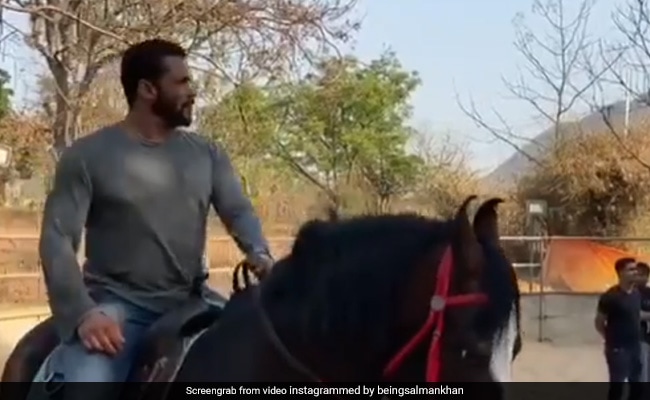 Salman Khan in a still from the video. (courtesy beingsalmankhan)

Salman Khan, who has temporarily moved to his farmhouse due the lockdown, seems to be having a great time there (going by his latest Instagram posts). On Friday night, the 54-year-old actor shared snippets in the form of a video from his farm. The video also featured his horse. In the video, Salman could be seen riding a horse. Dressed in a fairly casual outfit, Salman could be seen making the most of his me time. The actor captioned his video: "Being taken for a ride."

Earlier, on Friday, the actor shared a video on his Instagram profile and he captioned the post, "Breakfast with my love." ICYMI, check out the video here:

A few weeks ago, a video of Salman and his nephew Ahil's fruit-picking session went insanely viral on social media. The video has been curated by several fan clubs dedicated to the actor on Instagram.

On the work front, Salman Khan was seen as the host of the TV reality show Bigg Boss 13. He will next be seen in Radhe: Your Most Wanted Bhai, Dabangg 3 remains his last release.