Another Day, Another Post From Kareena Kapoor's "Kaftan Series"

"Did you ask for another Kaftan picture? No," wrote Kareena Kapoor 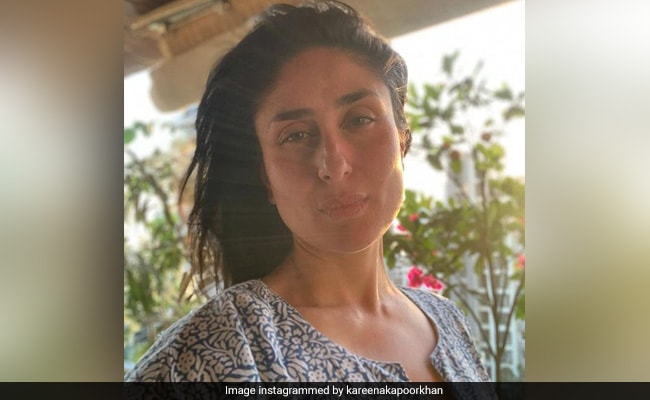 Anyone who has been following Kareena Kapoor's Instagram profile lately, would be well-aware of the fact that the actress' staple outfit during the lockdown has been kaftans. On Sunday afternoon, the 39-year-old actress shared a selfie on her Instagram account, in which she can be seen wearing a ( no points for guessing) kaftan. The caption on Kareena's stunning sun-kissed selfie read, "Did you ask for another Kaftan picture? No. Did I still put it up? Yes." The Good Newwz actress accompanied the post with the hashtags #ThankMeLater and #KaftanSeries. Kareena's close friend and Veere Di Wedding producer Rhea Kapoor liked the picture and wrote, "texture, bro" in the comments section.

Did you ask for another Kaftan picture? No. Did I still put it up? Yes. . #ThankMeLater #KaftanSeries

A few days ago, Kareena shared a picture of herself from her Kaftan series and and she captioned it, "Summer essentials: Messy bun, Kaftan and homemade masks. #HotMess #HomemadeMasks #KaftanSeries."

On Saturday, Kareena took a break from her Kaftan series and shared a 20 years old picture of herself along with her bestie Amrita Arora. She thanked Kaajal Anand for the photograph and wrote: "Thankyou for the most beautiful memory. BFF goals."

Thank you @putlu for the most beautiful memory... #BFFGoals . #Repost @putlu . . . . Lockdown nostalgia .... besties then and besties now