Another Day, Another Fab Pic From Katrina Kaif's Mexico Vacation 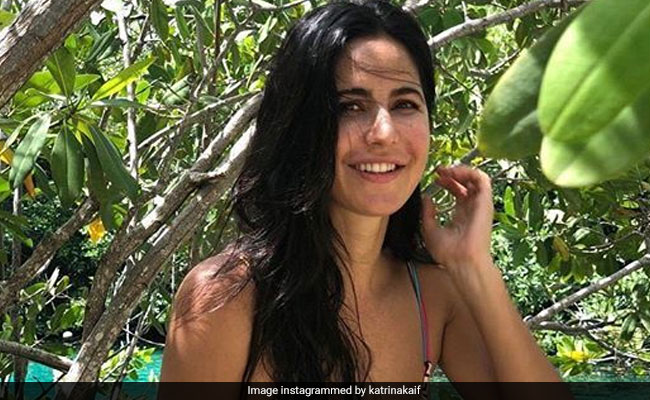 Katrina Kaif's latest Insta post is breaking the Internet, in which the Bharat actress is looking beyond adorable dressed in a multicoloured bikini. Katrina took off to Mexico recently and she is now adding mesmerising pictures from her vacation to her Instagram page. It is reported that Katrina will celebrate her 36th birthday on July 16 with her close friends and family in the North American country. On Sunday, Katrina added one more photo to her Mexico album, in which she can be seen having fun near what looks like a beach to us. It's not only us, who are going crazy over her priceless smile, but celebrities such as Manish Malhotra and Zoya Akhtar also called the 35-year-old actress "the prettiest" (more on that later).

Katrina's latest picture is winning hearts on social media and the five lakh likes within one hour on Instagram prove it. Do we need to say more? Check out the adorable pic here:

Even Katrina's Instafam are quite excited about her birthday, who filled her latest post with comments such as "Two days to go" and "Can't wait for your birthday." "Katrina Kaif, you are getting more and more beautiful day by day," wrote one Insta user.

In her previous post from Mexico vacation, Katrina shared a picture of herself posing besides a pillar. However, it is not her photo but actor Arjun Kapoor's comment which stole the show on the Internet. Arjun trolled Katrina and wrote: "Watch where you going girl! Hope you didn't walk into the pillar while posing." Replying to Arjun, Katrina wrote: "I will be careful."

Take a look at their chit-chat and Katrina's post also:

A screenshot of Katrina Kaif's reply on Arjun Kapoor's comment

On the work front, Katrina Kaif is prepping for Rohit Shetty's Sooryavanshi, which also features Akshay Kumar in lead role.