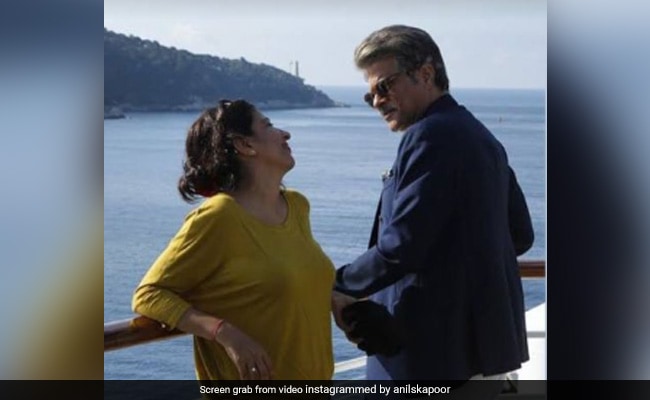 On Zoya Akhtar's fiftieth birthday, Anil Kapoor is looking forward to working with her soon. Anil Kapoor, who has previously collaborated with the filmmaker for her film Dil Dhadakne Do, wished her on her birthday and expressed his desire to work with her soon. Sharing a picture of himself with Zoya from what seems like the sets of Dil Dhadakne Do on his Instagram story, Anil Kapoor wrote, "Happy birthday Zoya! Wishing you all the success, happiness and lots of money! Looking forward to working together soon!" He also tagged Zoya in his story. In the picture, Anil Kapoor can be seen in his Dil Dhadakne Do's salt and pepper look, while Zoya can be seen wearing a casual yellow top and smiling while facing the actor. Both can be seen standing on a cruise. 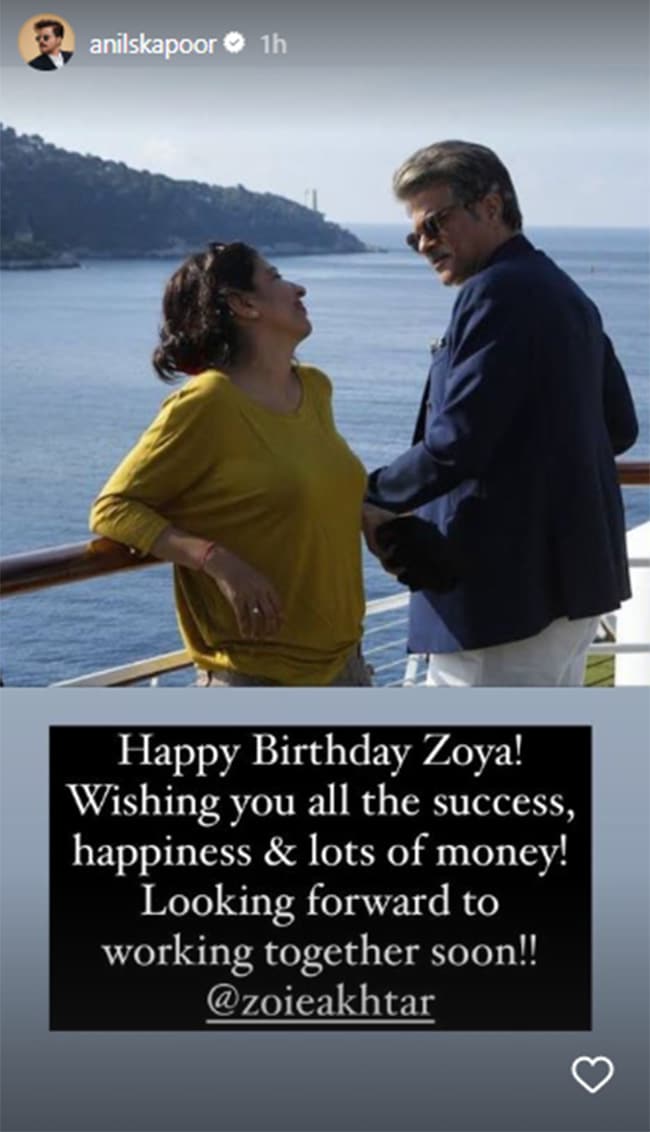 Zoya Akhtar's Dil Dhadakne Do was released in 2015 and reportedly collected over Rs 140 crore at the box office. Other than Anil Kapoor, the film also featured Zoya's brother Farhan Akhtar, Priyanka Chopra, Ranveer Singh, Anushka Sharma and Shefali Shah in the lead roles.

The film revolved around the Mehras, a dysfunctional family, who invite their family and friends on a cruise trip to celebrate Anil Kapoor and Shefali Shah's 30th marriage anniversary.

Zoya Akhtar, who along with filmmaker and screenwriter, is also the co-owner of Tiger Baby Films, has directed movies like Zindagi Na Milegi Dobara and Gully Boy.

Zoya is currently working on her upcoming project The Archies, which will mark the debut of star-kids Suhana Khan, Agastya Nanda and Khushi Kapoor.