Sunita Kapoor's Anniversary Note For Anil Kapoor Is All About Love

Daughter Sonam Kapoor has extended her warmest greetings on the happy occasion. 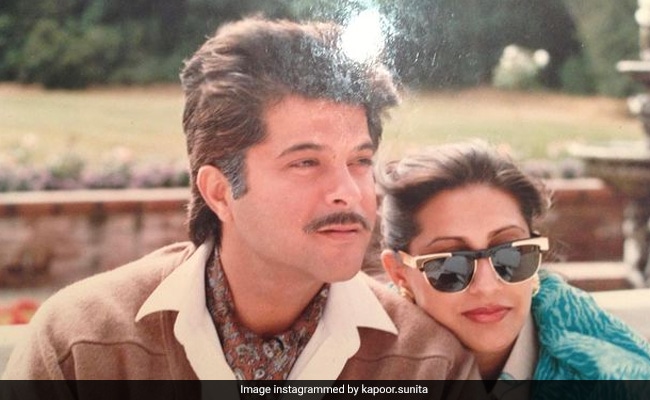 Love is in the air for all Anil Kapoor fans. Reason? It's the wedding anniversary of Bollywood celebrity couple Anil Kapoor and Sunita Kapoor. On this special day, Sunita Kapoor has shared a loved up message for her husband to mark his beautiful presence in her life. Sunita has dropped two photos with Anil Kapoor. The first one is a throwback from their younger days while the second slide shows a recent photo of this adorable couple. It's not just the pics that have caught our attention. Sunita Kapoor's lovely caption has got our hearts melting.

Sunita Kapoor's note read, “Happy Anniversary husband, you're my best friend, my human diary and my other half… here's to us, to our love, to our hearts and to our dreams… and to many more adventures. Love you and miss you.” The post did not go unnoticed by Anil Kapoor. He did not need words to express his love for his life partner. A string of red heart emojis clearly depicted his feelings in the comments section. Actor Anupam Kher, who is a close friend of the Kapoors, commented, “Happy anniversary to both of you. Love and happiness always.” Anil Kapoor's son-in-law Karan Boolani also left a row of red heart emojis. Actress Shilpa Shetty wrote, “Awwwww Happy Anniversary Sunita Kapoor and Anil Kapoor. You guys are goals.” We absolutely agree, right? Seema Khan also wished the couple a happy anniversary. Filmmaker and choreographer Farah Khan commented, “Happiness and love to you both always. Missing you.”

For Farah Khan, it wasn't enough to simply drop a comment on Sunita Kapoor's post. So she dropped an adorable photo of the star couple on Instagram Stories. The caption was a shoutout to their lovely relationship. It read, “Happy anniversary to the couple who can't do without each other. Love you both too much Sunita Kapoor and Anil Kapoor.”

Recently, during the promotion of Anil Kapoor's upcoming film Jug Jugg Jeeyo, the actor dropped a throwback photo from his wedding ceremony. Take a look:

On the work front, Anil Kapoor will next be seen in Jug Jugg Jeeyo, which is produced by Karan Johar's Dharma Productions and directed by Raj Mehta. Varun Dhawan, Kiara Advani and Neetu Kapoor are also part of the film.