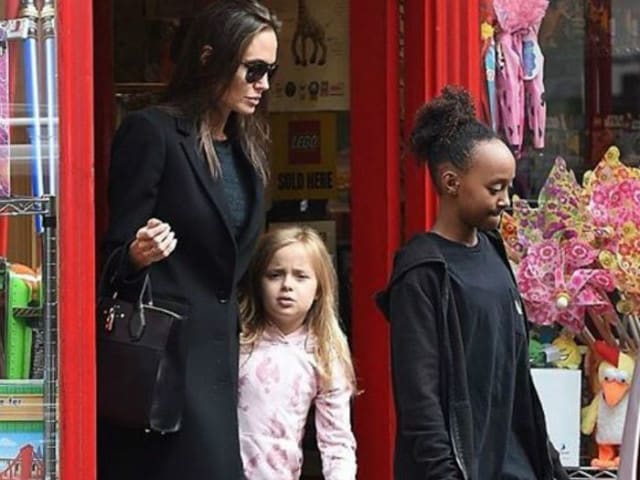 Washington: Angelina Jolie's Malibu hideaway is not just a temporary place as it has a gourmet kitchen, private gym and a pool along with stunning views and plenty of space for the six children to roam around.

The oceanfront home where 41-year-old actress has put up with her six kids after filing for divorce from Brad Pitt is a spacious and airy, reported the Daily Mail .

Angelina had reportedly rented the home worth close to $ 12 million three weeks before she filed a divorce from Brad Pitt, her partner of 12 years.

Located in an area of almost 4500 square foot, the property includes five bedrooms and five bathrooms with a private gymnasium endowed with a treadmill, weights machine and other fitness equipment.

Two-sided fireplace, glass coffee table, sliding glass and wood doors, mahogany table, maple cabinetry and wooden staircases are few of the features that the temporary abode has to offer.

In addition, the compound also has a gorgeous free-form swimming pool and an outdoor hot tub dotted with sun loungers and deck chairs.

Pictures of the mansion have been shared on social media: