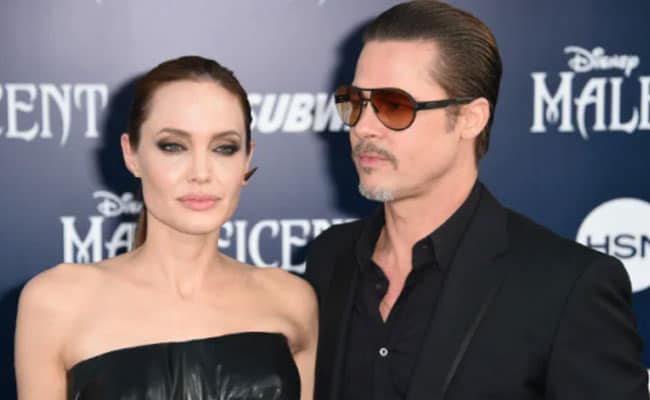 Actress Angelina Jolie has accused estranged husband Brad Pitt of domestic violence, report international news outlets. Ms Jolie, 45, has filed documents in court which say that she will offer "proof and authority" to support her claim; the documents also indicate that the couple's children have agreed to provide testimony on the 57-year-old actor's alleged violence, report Us Weekly and ETOnline. Angelina Jolie and Brad Pitt met while filming Mr And Mrs Smith in 2004. They dated for several years before marrying in 2014; two years later, they separated and have been engaged in a bitter legal battle since. The former couple are not divorced yet; they were, however, declared legally single in April 2019.

Angelina Jolie and Brad Pitt's six children - most of them minor - could speak out in court, report Us Weekly and ETOnline. Brad Pitt was investigated and then cleared by the FBI of alleged child abuse in 2016 after he and Ms Jolie separated. The exes are reportedly seeking joint custody of the children - Maddox (19), Pax (17), Zahara (16), Shiloh (14) and twins Knox and Vivienne (12).

The new accusations made by Angelina Jolie is being seen in several quarters as an attempt to bring Brad Pitt down - "This is just another case of Angelina changing the narrative when it suits her," ET quoted a source as saying, "Aside from the one accusation that she made in 2016 that was investigated and dismissed, there have never been any other records, police reports or even accusations until it suited her case."

A source told Us Weekly, "Over the past four and a half years there have been a number of claims made by Angelina that have been reviewed and not substantiated. The children have been used by Angelina to hurt Brad before and this is more of that behaviour. This leaking of documents by her fourth or fifth set of lawyers has been done to hurt Brad."

Brad Pitt was last seen in the 2019 films Ad Astra and Once Upon A Time In Hollywood, winning a Best Supporting Actor Oscar for the second. He will next be seen in the thriller Bullet Train. Angelina Jolie's new release Eternals is in post-production.