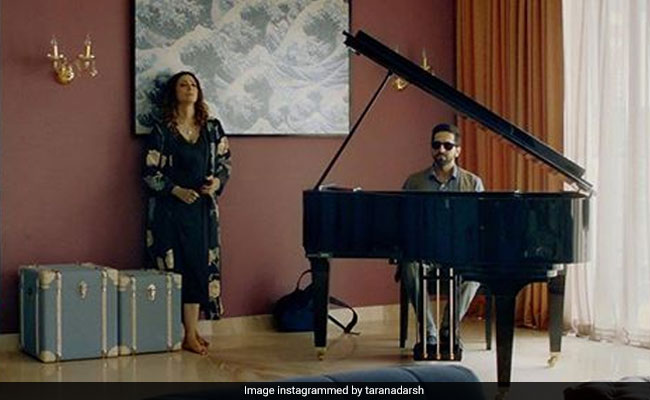 AndhaDhun, starring Ayushmann Khurrana, Tabu and Radhika Apte, started the second week at the box office on an enthusiastic note, trade analyst Taran Adarsh. AndhaDhun ended the first week with a bang at collecting Rs 150 crore. "AndhaDhun crosses Rs 150 crore in China... Starts week 2 on an enthusiastic note... Will comfortably swim past $25 mn in weekend 2... The total so far is $21.76 million (Rs 150.51 crore)," tweeted Taran Adarsh. AndhaDhun is a quintessential Sriram Raghavan thriller - the director has made films like Johnny Gaddar, Ek Hasina Thi and Badlapur.

Take a look at the updated box office report of AndhaDhun:

Ayushmann Khurrana, who plays the role of a pianist pretending to be visually-impaired, told news agency IANS that AndhaDhun's success in China is an 'incredible moment of pride.' He told IANS: "It is a humbling moment for me and the entire team of AndhaDhun that after becoming a blockbuster in India, the film is also a blockbuster in China. Sriram Raghavan is a visionary director and I'm thrilled to see the love his film has been getting. He deserves all the success and more."

"For me, personally, AndhaDhun doing Rs 100 crore in China is an incredible moment of pride. I'm delighted that as an artiste, I have contributed to Indian cinema making it's mark globally," he added. AndhaDhun crossed its India lifetime collection (Rs. 74 crore) sixth day after it released in China.