AndhanDhun China Box Office: The movie has garnered more numbers on Wednesday than its collections on Monday and Tuesday 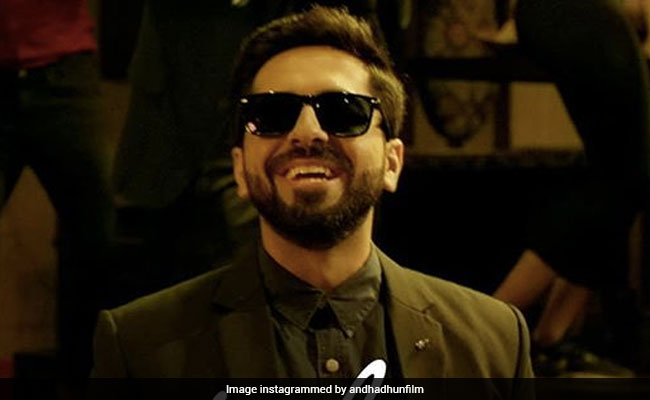 Ayushmann Khurrana, Radhika Apte and Tabu's black comedy AndhaDhunhas been creating a buzz in theaters across China. The movie has garnered more numbers on Wednesday than its collections on Monday and Tuesday. It has earned Rs 125.39 crore in total till Wednesday in China, reported trade analyst Tara Adarsh. He Instagrammed and also tweeted AndhaDhun's progress report saying, "AndhaDhun has connected with the local audiences in China... Continues to sparkle at the Box Office... Note this: Wednesday business is higher than Mon and Tue business... Solid trending... Mon $ 1.46 mn, Tue $ 1.42 mn, Wed $ 1.49 mn. Total: $ 18.19 mn [Rs 125.39 cr]."

The crime thriller has done a better job than Hollywood movie Shazam in the theaters at China. The story of the movie is about a pianist pretending to be visually impaired, his love interest and the wife of a famous film star, who all happen get trapped in a murder mystery. In India, AndhaDhun had earned over Rs 75 crore (Rs 100 crore including worldwide collections).

After the success of AndhaDhun in China, Ayushmann Khurrana , who played the protagonist in the movie, told news agency IANS, "It is a humbling moment for me and the entire team of 'AndhaDhun' that after becoming a blockbuster in India, the film is also a blockbuster in China. Sriram Raghavan is a visionary director and I'm thrilled to see the love his film has been getting. He deserves all the success and more."

The Sriram Raghavan-directed film released in the month of October last year in India and was welcomed with much critical acclaim. Film critic Saibal Chatterjee, in his review for NDTV, gave this movie with four stars. AndhaDhun even became IMDb's Top Indian Movie Of The Year for 2018.