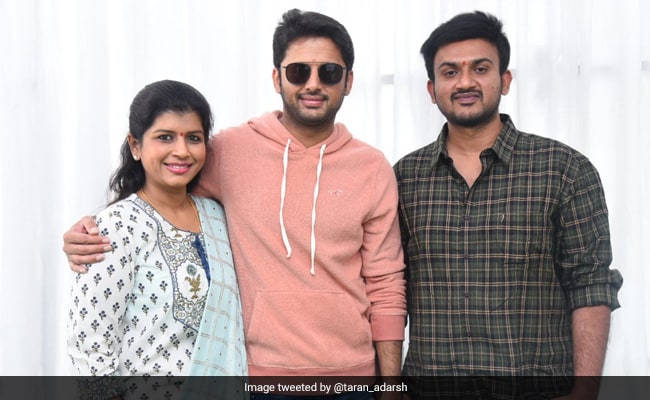 It's official! A Telugu remake of Ayushmann Khurrana's AndhaDhun was announced in Hyderabad on Monday. The production company Sreshth Movies, which will be working on the remake of the film, made an official announcement on Twitter. South star Nithiin will feature in the lead role and step into the shoes of Ayushmann Khurrana in the film. It is still not known who will play Tabu and Radhika Apte's roles in the remake of the film. AndhaDhun is directed by Sriram Raghavan and its remake (yet untitled) will be helmed by Merlapaka Gandhi. Nithiin's father Sudhakar Reddy and sister Nikitha Reddy will be producing the film, under the family's banner of Sreshth Movies.

Glad to announce our next production, a remake of #Andhadhun. Featuring @actor_nithiin and directed by @MerlapakaG. Glimpses from the official launch today!

AndhaDhun is a crime thriller produced by Matchbox Pictures, and Viacom18 Motion Pictures. The film received a National Award for Best Actor for Ayushmann Khurrana's performance, the Best Adapted Screenplay Award and the National Film Award for Best Feature Film in Hindi. AndhaDhun is a critically acclaimed film which was released in October 2018 and was a blockbuster hit. The film was also released internationally in many countries including Japan, China and South Korea.

Actor Nithiin recently featured in a Telugu film Bheeshma. He will also be seen in Venky Aturi's Rang De.