An Ego Battle? Dilwale vs Bajirao Mastani Clash Gets Dirty 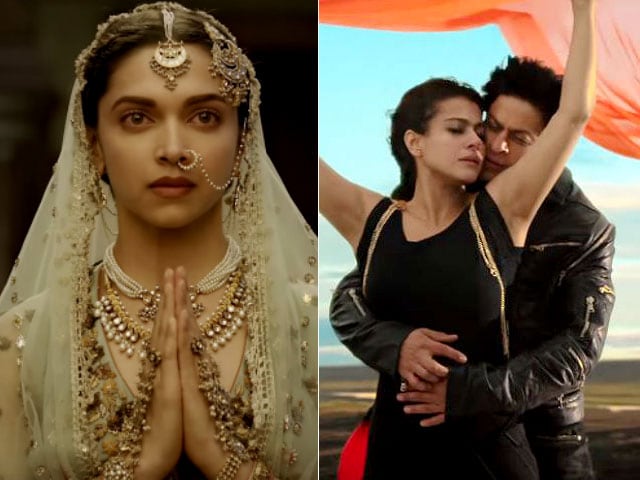 Stills from Bajirao Mastani and Dilwale.

Mumbai: Battle lines have been drawn, and it's going to get intense. And dirty, perhaps. The upcoming Dilwale versus Bajirao Mastani clash has set off a tussle for single screen theatres, in what may appear as a repeat of the 2012 box office face-off involving Shah Rukh Khan-starrer Jab Tak Hai Jaan (JTHJ) and Ajay Devgn's Son of Sardaar.

When big-ticket projects take on each other, box office collections are as important as the number of screens. Devgn, at that time, had dragged Yash Raj Films (YRF) to court for allegedly misusing its dominance to deny enough single screen theatres to Son of Sardaar - the film had released on nearly 500 screens less than JTHJ. According to sources, YRF had made a package deal - 'armtwisting' exhibitors into booking maximum theatres for JTHJ in return of their Eid release Ek Tha Tiger starring Salman Khan.

Now, a similar scenario has emerged in 2015's year-end contest. Eros International, which released Salman's Bajrangi Bhaijaan, had apparently laid down a pre-condition before owners of single screen theatres owners - they had to screen Bajirao Mastani too. In 2012, Eros had been at the receiving end with Son of Sardaar losing out to JTHJ in terms of screen count (and also box office collections). They are, at present, determined to have an upper hand over Dilwale makers, claim sources.

Trade analyst Amod Mehra says, "The theatre owners have no choice. They all signed an agreement before Bajrangi Bhaijaan's release. Eros rightfully refuses to share timings. No exhibitor or Shah Rukh Khan had supported them (Eros) during Son of Sardaar."

To get to the math, single-screen theatres still contribute a lot to the box office collections of a big banner film, despite the multiplex culture. And because the fortunes of single-screen owners are tied to one film, unlike their multiplex counterparts that have other films running at the same time, they refrain from taking risks and upsetting distributors.

Exhibitor-distributor Akshaye Rathi, says, "The two films will ultimately balance out the number of screens that they get, since both are backed by big production houses and deserve equal number of shows. For instance, Dilwale may dominate the Kolkata region, but Bajirao Mastani will hold fort in the Delhi sector."

Rathi also points out that the two films have almost equal runtime (a little over two and a half hours), so both can get the same number of shows in multiplexes where there are screenings few minutes apart.

But with the 'biggest Friday of 2015' just 48 hours away, last-minute adjustments and arm-twisting tactics are likely to come into the picture.

Who's got the edge?

Incidentally, SRK's production house, Red Chillies Entertainment is distributing Dilwale. Since this is the first film that they are independently releasing, they have to compete with veteran players on the field and sell their film to individual distributors. PVR Pictures is one of the distributors and there is buzz that Dilwale will take over most screens in the multiplex's chains across the country as compared to Bajirao Mastani. Shah Rukh and his co-stars have had their film's promotional events at the multiplex including launching PVR's new brand of cinematic experience.

Advance bookings for both films opened on Monday and according to sources, there has been a brisk sale of tickets. Kamal Gianchandani, CEO of PVR Pictures, points out, Dilwale has created a buzz, thanks to its music and promos. The sales are terrific. We are hoping for it to grow further."

Rajender Singh Jyala, VP Programming and Distribution, Inox Leisure, says, "Shah Rukh Khan and Kajol are back after a long time. The buzz is strong as expected which has translated into strong advance booking."(Also Read: Shah Rukh Khan Says Dilwale vs Bajirao Mastani is 'Not Good.' Here's Why)

When it comes to the publicity game, Dilwale seems to have an edge over Bajirao Mastani. The former's star cast comprising Shah Rukh Khan, Kajol, Varun Dhawan and Kriti Sanon has been making appearances on various TV shows like Kumkum Bhagya, Jamai Raja, Yeh Vaada Raha, Tashan-e-Ishq and Saath Nibhana Saathiya. SRK even came to the rescue of ACP Pradyuman in CID. King Khan and his gang have also been to the Comedy Nights Bachao sets. This weekend, SRK will feature with his friend-turned-foe-turned-friend Salman Khan on Bigg Boss 9 for two consecutive nights and then feature on Comedy Nights With Kapil.

Ranveer Singh promoted Bajirao Mastani on Crime Patrol and along with Deepika, visited the sets of Comedy Nights With Kapil and Comedy Nights Bachao.