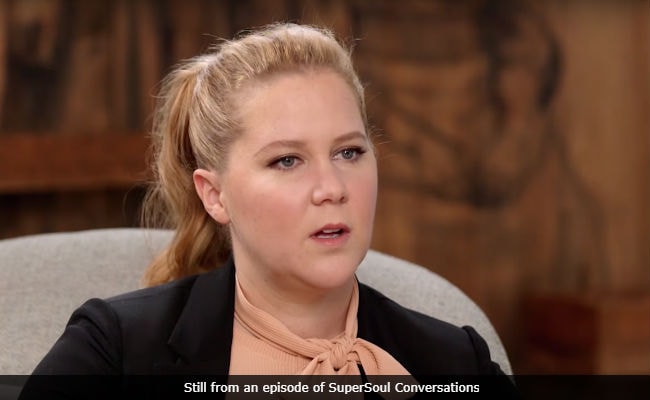 New Delhi: A year after Amy Schumer revealed in her memoir that she allegedly lost her virginity when she was raped by her then ex-boyfriend, the Trainwreck star told Oprah Winfrey that though she "felt angry," she "comforted" her ex-boyfriend. The 36-year-old actress, in conversation with Oprah for an episode of SuperSoul Conversations, said: "You think when that happens you say, 'OK, well, this isn't someone I want to see rotting in a jail cell, but what he did to me was wrong. The first thing he said was, 'I thought you knew.' I didn't say anything yet... He was my boyfriend. I loved him. I had to comfort him." In her memoir, titled The Girl With The Lower Back Tattoo, Amy Schumer revealed that she was raped when she was all of 17 and when she was sleep.

Amy Schumer told Oprah that she felt like she "lost my virginity through rape." The Snatched actress added: "I didn't consent, we hadn't discussed it, we weren't there in our relationship, we weren't at that moment and we talked about things, we were open with each other."

"I also felt really angry and it's a rage that has stayed with me. I don't think you lose that. As women, we're really trained not to get angry because that makes people dismiss you right away... there's sort of no place for that anger... but I felt I wanted to comfort him because he felt so bad and he was so worried, I just tried to push my anger down," Amy told Oprah.