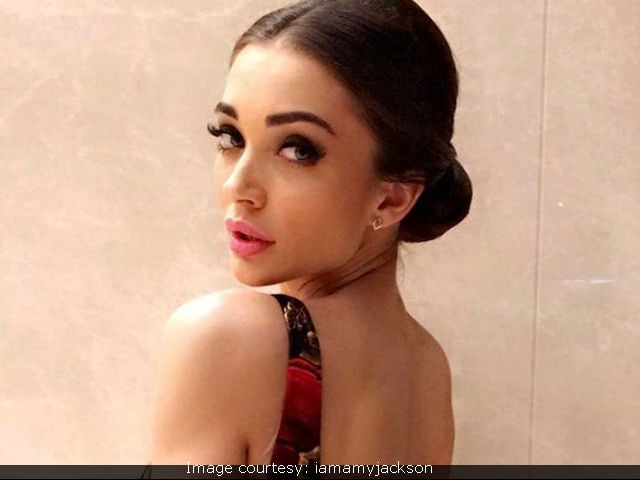 New Delhi: Actress Amy Jackson, currently filming her scenes in Rajinikanth's 2.0, recently discovered that personal pictures taken on her phone had made their way online, reports mid-day. The photos, which were of her and a friend and were taken in London recently, are believed to have been accessed at a mobile store in Mumbai airport where Amy took her phone to be checked and where it was allegedly hacked. Amy, 25, has said she will go to the cops once she flies out of Chennai. was shocked when this happened. This isn't a trivial matter has to be taken up seriously. "I will register a complaint with the cybercrime cell in London and ensure the hackers are taken to task. Cyber safety is the need of the hour," Amy was quoted by mid-day saying.

Amy Jackson, whose hometown is London, realised her phone had been hacked when pictures auto-saved in her iCloud account were published online. "It was on February 7 when two pictures with her best friend having dinner appeared online that she realised her phone was hacked. She went to the service centre because she wasn't able to log in," a source revealed to mid-day.

Promoted
Listen to the latest songs, only on JioSaavn.com
Amy Jackson is back in India to perform at the Vanitha Film Awards. She has rejoined the shoot of 2.0, posting on Twitter:

Thanks Kerala! Next stop Chennai for Robot 2.0 shoot

Amy Jackson has appeared in films like Singh Is Bliing, which starred Akshay Kumar, also in the cast of 2.0.