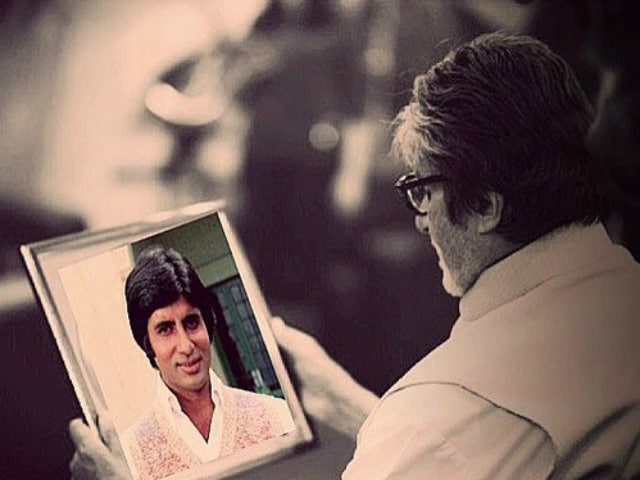 Another picture captured the Abhimaan (1973) co-stars together. Mr Cheulkar, popularly known as David, has co-starred with Big B in movies like Chupke Chupke (1975) and Shatranj Ke Khilari (1977).

T 2183 -Veteran character actor David interviewing Jaya and an over flamboyant me before an Award ceremony ..!! pic.twitter.com/SUshepZxa0

The 73-year-old actor had literally roped in Kaala Patthar director Yash ji for a picture on the sets of the 1979 movie.

T 2183 - Some 'masti' with Yash ji on sets of 'Kaala Patthar' .. inside the mines tunnel built at Film City .. pic.twitter.com/uKBnDfr2ZT

Big B and his Sholay co-star Dharmendra appeared in a picture with their Ram Balram director Vijay Anand, popularly known as Goldie.

A rare picture also showed Big B and Jennifer Kapoor, who received a Filmfare nomination for Best Supporting Actress for her performance in 1978 movie Junoon. Her husband Shashi Kapoor produced and co-starred in the film.