Amitabh Bachchan's Quote Of The Day Involves A Tomato

Amitabh Bachchan’s still from the sets of Kaun Banega Crorepati is a huge hit with fans. 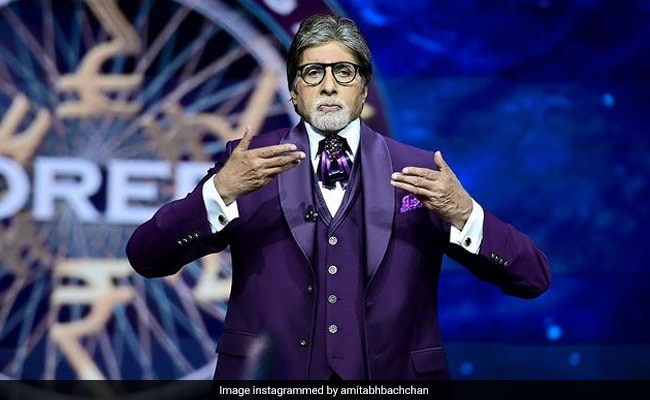 Amitabh Bachchan from the sets of KBC 15 (courtesy amitabhbachchan)

Amitabh Bachchan is as iconic on social media as he is in his films. Be it the numbered tweets or his intriguing posts about the world and life, the superstar is a favourite among Internet users. In addition to posts about his friends and family, the 78-year-old often also shares words of wisdom with his fans and followers. This time around, Amitabh Bachchan has uploaded a picture from the sets of Kaun Banega Crorepati, the hugely popular quiz show that he has been hosting for years. The image appears to be a candid shot of the actor amidst shoot and he paired it with a caption that is sure to make you think.

Amitabh Bachchan picked a popular quote and it read, “Knowledge is knowing a tomato is a fruit. Wisdom is not putting it in a fruit salad -- Winston Churchill.” Though the actor attributed it to the former British Prime Minister, the quote is actually by UK journalist Miles Kington.

Earlier in day, Amitabh Bachchan, who loves staying connected with fans, shared a picture reminiscing the pre-pandemic ritual of interacting with fans outside his home Jalsa, in Mumbai. The actor thanked an unnamed “well-wisher” for the image that showed him hugging his fans. He wrote in the caption, “Thank you well-wisher...Yes... when will those Sunday well-wishers at Jalsa return?” The text on the photo read, “Missing Sunday darshan.”

The Paa star also shared a lovely throwback picture with his wife, actress Jaya Bachchan. “Our first film together. Bansi Aur Birju. Released on September 1, 1970...That's 49 years ago,” he wrote.

Amitabh Bachchan was last seen in the film Chehre with Emraan Hashmi. His upcoming projects include Jhund, Brahmāstra, Mayday, GoodBye among others.