Amitabh Bachchan wrote on Twitter: "I was about to die but your prayers kept me alive. This debt I can never replay" 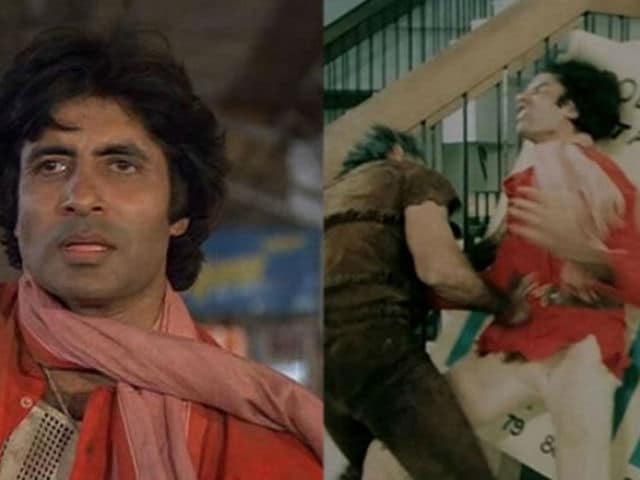 New Delhi: Amitabh Bachchan was (in his own words) 'reborn' on August 2, 1982 after he survived a near-fatal injury he sustained while filming 1983 film Coolie. Today, 35 years later, Amitabh Bachchan, 74, thanked his fans for praying for him when he was about to die. He wrote on Twitter: "I was about to die but your prayers kept me alive. This debt I can never replay." Big B's son Abhishek Bachchan added a tweet: "Only true Legends are born twice. Happy Birthday @SrBachchan. Love you (sic)." In July 1982, Mr Bachchan was injured while filming an action sequence with co-star Puneet Issar. He hit the corner of a table, instead of landing on top of it, which resulted in an internal abdominal injury. From Bengaluru (then Bangalore) he was rushed to a Mumbai hospital where he underwent multiple surgeries and was declared 'clinically dead for a few minutes,' he wrote in a previous post on his blog.

There was no sign of life for several days and then on August 2, 1982, the doctors treating Mr Bachchan injected adrenaline straight into his heart. His actress wife Jaya Bachchan, who was present with him at that time, saw one of his toes move and said: "Look, he's alive" and that's how August 2 became Mr Bachchan's "second birthday."

Promoted
Listen to the latest songs, only on JioSaavn.com
Mr Bachchan remained in the hospital for several months and resumed the shoot of Coolie in February 1983 and the film released to fabulous response that year in November. In fact, director Manmohan Desai rewrote the ending, in which Iqbal Aslam Khan (Mr Bachchan's onscreen character) recovered from a fatal injury just like his actor had in real life.

As of now, Amitabh Bachchan is filming Thugs Of Hindostan (a Yash Raj Films project) and 102 Not Out, co-starring Rishi Kapoor.