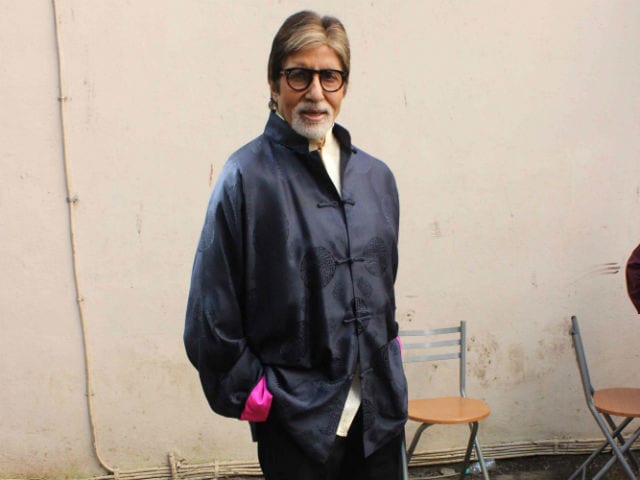 Pink, co-produced by Shoojit Sircar and directed by Aniruddha Roy Chowdhury, is a message-based drama on sexual crimes against women.

Big B, who plays a lawyer in the film, tweeted about the appreciation the film is receiving on Sunday.

T 2382 - #PINK the incredible attention it is getting is phenomenal .. attention plus immense praise .. immense love pic.twitter.com/XFDMHniYnX

Various Bollywood celebrities loved the film so much that they went on tweeting spree.

#Tapsee you were Soo Soo good.#angad you totally smashed it man. #kirti loved you. #andrea you were amazing.@ShoojitSircar thank u for#pink

Still can't get over #pink. Aniruddha chowdary has made such a fine and noble film @ShoojitSircar

PINK is beyond brilliant..finest film of the year so far.. Producer @ShoojitSircar & Director #aniruddha take a bow.. Waiting for your next

I saw him,I loved him, then admired him,then re-admired him, loved him even more..Speechless.Thank you @SrBachchan Sir, for the Magic #Pink

The writer of #Pink@writish .. Pink would have had no colour without you...Congratulations my friend.

Apart from praising Big B, Divya gave a shout out to Taapse, Kirti and Andrea.

And @SrBachchan sir!!! Its an honour to watch you perform, know you and to have worked with you! Overwhelmed watching you in #pink. Regards

And a big shout to the 3 young gals,, kirti kulhari, andrea and tapsi!! Whiff of fresh air!!kirti wasa revelation fr me!! #pink

Promoted
Listen to the latest songs, only on JioSaavn.com
Actress Genelia tweeted this:

PINK ...... What a film..Watched a film after ages n what an experience.. @ShoojitSircar Thank you for such a relevant fabulous film

And @taapsee you've always been so adorable but what an actor u r wowww.. @kulharikirti and @Imangadbedi brillianttttt .. #PINK