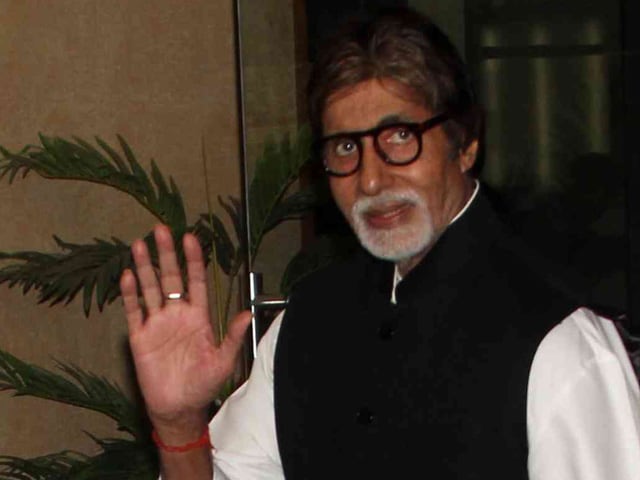 Amitabh Bachchan photographed at an event in Mumbai.

Mumbai: Megastar Amitabh Bachchan is all set to appear in an upcoming TV show Aaj Ki Raat Hai Zindagi. The 72-year-old actor is expected to don a never-been-seen look for the new show.

"Having started my television journey with STAR India, I was always looking to associate with Star Plus again. However I was keen that we come together for a befitting show that carries forward the legacy," said Mr Bachchan, who has hosted reality show Kaun Banega Crorepati for the channel. (Also Read: This is What Amitabh Bachchan Wants to Spend the Rest of His Life Doing)

"When I heard about Aaj Ki Raat Hai Zindagi, I instantly connected with it. I genuinely believe that media is a powerful vehicle to inspire change but we have to achieve this in an entertaining manner. What I love about this show is that it is a thoroughly entertaining show, but has its heart in the right place. I am really looking forward to it," he said in a statement. (Also Read: Amitabh Bachchan Thanks 17 Million Twitter Followers, 'Abusers' and All)

He also starred in fiction miniseries Yudh, which was directed by Anurag Kashyap. Yudh a thriller-drama series also featured prominent celebs like Sarika, Tigmanshu Dhulia and Zakhir Hussain. However, the one-month long series failed to garner positive response from critics and audience alike.