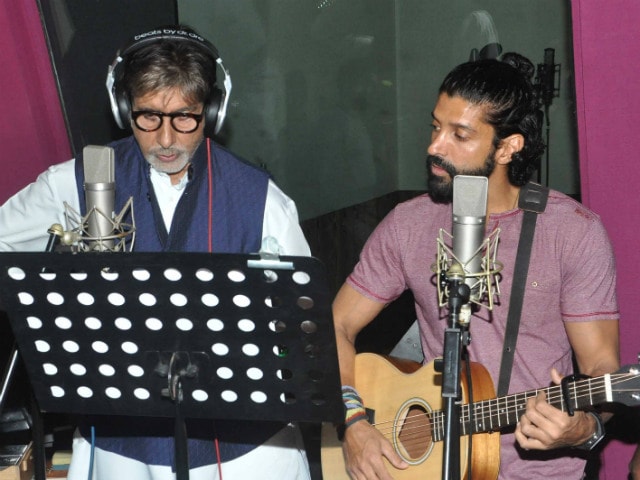 Amitabh Bachchan and Farhan Akhtar photographed at a recording studio in Mumbai.

Mumbai: Actor Amitabh Bachchan, who has portrayed complex roles effortlessly in his over four-decade-long career, said that he has always found it difficult to work with actor-director Farhan Akhtar.

Farhan, who directed Big B in Lakshya, co-stars with him in upcoming film Wazir. (Also Read: Farhan Akhtar on His 'Favourite Scene' From Wazir)

The 73-year-old actor said that Farhan also expressed his views as a director for Wazir, which is directed by Bejoy Nambiar.

"He was a director there (Lakshya) and an actor here (Wazir). But during the making of this film, there are points that he may have viewed as a director and brought it up. That's very interesting," Big B said.