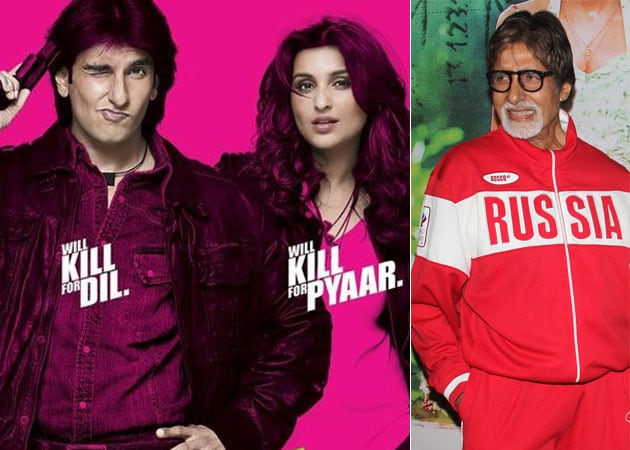 Big says that the film has a fascinating cast and visuals

The 71-year-old actor took to microblogging site Twitter to heap praise on the cast of the film, which also includes Ali Zafar and Govinda, and is directed by Shaad Ali.

T 1618 - Saw Shaad Ali's trailer of 'KILL DILL' .. fascinating cast and fascinating visuals .. innovative Shaad, will do justice to this !!

Promoted
Listen to the latest songs, only on JioSaavn.com
The official trailer of the romantic-drama film, produced by Aditya Chopra, shows the main four characters in crazy, wild avatars as they indulge in heavy action and mouth quirky dialogues.

The movie will release on November 14, this year.