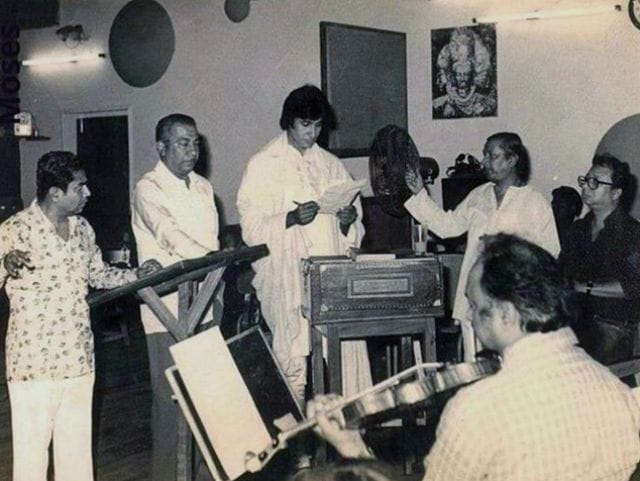 New Delhi: Actor Amitabh Bachchan, who's been recuperating from a mild neck ailment, seems to be making good use of his spare time by sharing throwback photographs of himself. Two such pictures are from song recording sessions and feature Big B with music composer R D Burman.

Another, from the sets of a film, shows Big B standing in a group with actors Utpal Dutt and Satyendra. The three co-starred in films like Inquilab (1983) and Immaan Dharam (1977).

T 1256 -I am well and about .. there is a litle pain on the neck and shoulder but it shall be honoured in eard in tj thr gsme .. she has been left .. wht have otu gidcudrs

R D Burman, fondly known as Pancham da, scored the music for more than 30 Big B films, including Sholay, Satte Pe Satta, Deewaar, Namak Haraam and Sanjog, many of which featured Big B as The Angry Young Man.