Amitabh Bachchan Is Surprised At A French Hair Salon Using His Pic In Ad: "What On Earth Is The World Coming To"

"A surprise from one who was in Paris and saw a hair dressing salon showing my photograph," wrote Amitabh Bachchan 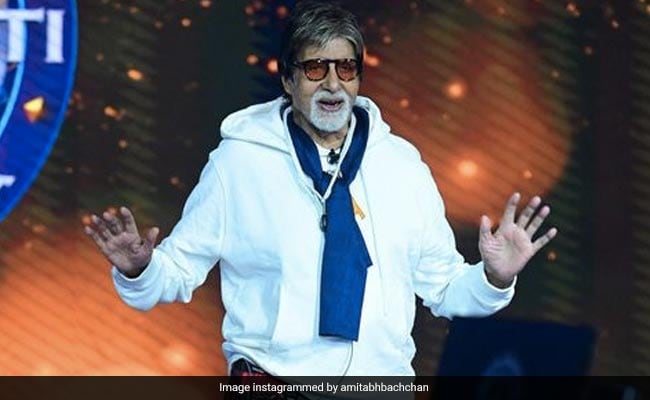 Amitabh Bachchan was recently left surprised after a hairdressing salon in Paris used his picture as an advertisement. He shared a picture of a french hair salon's billboard that also features veteran actress Cate Blanchett. Sharing the post, he wrote, ".. a surprise from one who was in Paris and saw a hair dressing salon showing my photograph .. good Lord ! What on Earth is the World coming to, " followed by shocking face emoticons. Soon after he shared the post, his granddaughter Navya Naveli Nanda dropped a heart emoticon. Actress Richa Chadha also dropped heart and hand raise emoticons.

Amitabh Bachchan is an avid social media user and keeps his Insta family entertained by dropping throwback or behind-the-scene pictures of his upcoming movies. A few days ago, Amitabh Bachchan shared a vintage photo of himself in a white t-shirt and sunglasses. In the captions, he wrote, "... fashions repeat .. glares of the 70' .. perhaps at the Mahurat of Trishul or Man ji film .. and I see today's stars wearing similar .."

In terms of work, Amitabh Bachchan has several films in his kitty - Brahmastra, Good Bye, Uunchai and Project K.