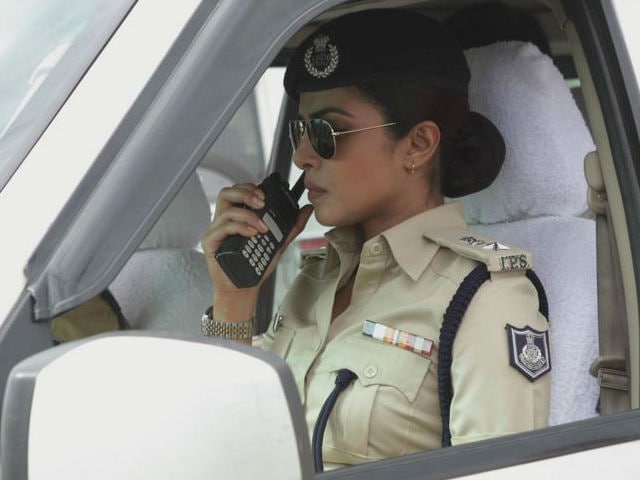 Priyanka Chopra in a still from the film Jai Gangaajal

Mumbai: Actress Priyanka Chopra, who plays the role of a tough cop in her next film Jai Gangaajal, said that it is Amitabh Bachchan, who inspired her 'angry young woman' character in the film.

The 33-year-old actress plays a non-glamorous role of the first woman SP of Bankepur district, dominated by corrupt politician and his side kicks, in the Prakash Jha-directed film. (Also Read - Jai Gangaajal Trailer: Priyanka Chopra is Impressive)

Mr Bachchan, who rose to stardom with his 'angry young man' roles in films like Zanjeer, Trishul and Deewar, praised the trailer on Twitter:

Haha... Thank you so much sir.. The Inspiration of an angry young woman is all you. @prakashjha27@SrBachchanhttps://t.co/X9LD1rIElu