"Not doing the Sunday darshan today," Amitabh Bachchan wrote on his blog 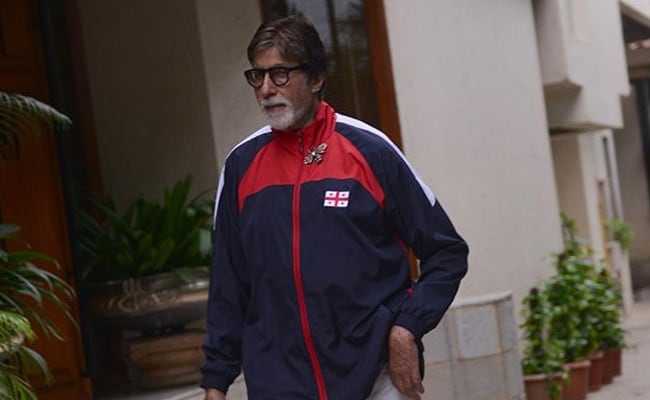 Megastar Amitabh Bachchan tweeted on Sunday to inform his fans and followers that he will be unable to hold his routine meeting with his fans and followers outside his Mumbai home Jalsa later in the evening as he's "in pain." Citing health issues, the 76-year-old veteran actor said that the meeting stands cancelled in a tweet: "Not doing the Sunday meet at Jalsa gate this evening." On his official blog, Mr Bachchan added that there's not much to worry but that he's "unable" to leave the house at the moment: "Ef and others... not doing the Sunday Darshan today... in bed... pain... inform all... nothing to worry, but unable to come out."

Amitabh Bachchan routinely meets and greets his fans outside Jalsa every Sunday. Hundreds of people flock outside the gates of Jalsa as Mr Bachchan addresses them and waves at them from a pedestal within the premises of Jalsa. Glimpses of Mr Bachchan's traditional Sunday meet are frequently shared on his Instagram feed.

Even at 76, Amitabh Bachchan is one of the busiest actors of the industry, which he joined in 1969. Last year, during the filming of Thugs Of Hindostan, he told news agency PTI that he survived multiple injuries and struggled with pain because of the costume: "It is not my age to do all this but our director asked us to do so I did it. There is no part of the body that has not been broken and there is no doctor that I haven't met. There is not much improvement."

On the work front, Amitabh Bachchan has Ayan Mukerji's Brahmastra lined up, in which he co-stars with Ranbir Kapoor and Alia Bhatt. Mr Bachchan will also make a special appearance in Telugu drama Sye Raa Narasimha Reddy.