Amitabh Bachchan was introduced as Khudabaksh on Tuesday 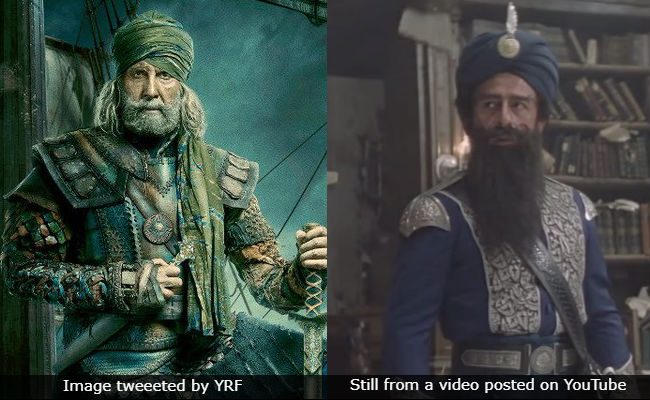 Amitabh Bachchan's first look as Khudabaksh from Thugs Of Hindostan was released yesterday, topping trend almost instantly. Also intriguing was how obviously his look as the 'biggest thug of all,' as co-star Aamir Khan put it, was modelled not on Amrish Puri as Mola Ram in Indiana Jones And The Temple Of Doom - perhaps the best-known, if somewhat exaggerated, representation in film of the Thuggee cult - but along the lines of The League Of Extraordinary Gentlemen's version of Captain Nemo, played in the 2003 big screen adaptation by Naseeruddin Shah. Here's a look at Amitabh Bachchan as Khudabaksh: 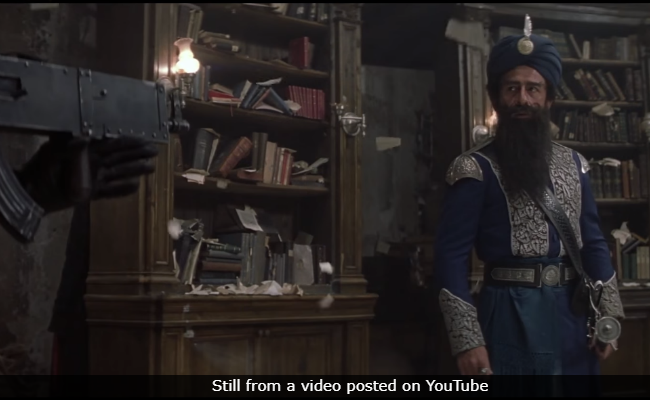 The film of The League Of Extraordinary Gentlemen faithfully depicts Nemo as his portrayed in the graphic novels, with turban, beard, and an embellished and armoured costume. As Khudabaksh, Amitabh Bachchan's get-up takes Nemo's look further, approaching vaguely Shahenshah-ish territory.

Nemo, created by French author Jules Verne, is an eccentric scientific genius who navigates the seas in his super submarine Nautilus in 1870 sci-fi adventure 20,000 Leagues Under The Sea and subsequent novels. In Alan Moore's graphic novel series The League Of Extraordinary Gentlemen, Nemo, one of several fictional characters recruited into a crime-fighting team, is presented as a Thuggee - in the original Verne novels, he is simply an Indian of royal birth.

The League of Extraordinary Gentleman Vol.1 My rating: 4/5 Writer: Alan Moore Art: Kevin O'Neil Year: 1999-2000 Publisher: Wildstorm/DC Comics Genre: Alternative History - Steampunk I had this comic book in my collection for a while but just never got around to reading it till yesterday, which now after reading it I can't believe I ignored it for so long. The story starts in 1898 with ex-wife of Jonathan Harker, Mina bringing together an interesting team of wild characters including The Invisible Man, Captain Nemo, Dr.Jekyll & Mr.Hyde and Allan Quatermain as a special task force to protect the British Empire. The story is intriguing as it sounds and it's a real page turner, the art work is beautiful and I adore the setting of London, it combines beautifully with the atmosphere of the characters. What i loved most are the dialogues. The way the characters talk to each other is just poetry. An Utterly entertaining read and I'm looking forward to getting stuck into Vol.2 ] . . #comics #comicbooks #graphicnovels #art #review #books #alanmoore #theleagueofextraordinarygentlemen #kevinoneill #captainnemo #minamurray #allanquatermain #theinvisibleman #henryjekyll #edwwardhyde #london #1898 #like4like #like4follow #comicreview

Thugs Of Hindostan, also starring Aamir Khan, Katrina Kaif and Fatima Sana Shaikh, is the first Bollywood film to tackle the Thuggee cult, a subject that has fascinated Hollywood for decades. Apart from the crazed Mola Ram - Temple Of Doom, which showed Indians eating monkey brains and eyeballs among other things, was banned in India for being racist - the Thuggees have been made the villains in films such as Gunga Din, starring Cary Grant, and The Deceivers, in which Pierce Brosnan goes undercover in brownface and which also starred Shashi Kapoor and Saeed Jaffrey. In most films made earlier, Thuggees were presented as wearing simple turban and dhoti outfits.

Thugs Of Hindostan is a fantasy adventure but based on a bestselling 1839 novel about the Thuggee cult. Directed by Dhoom: 3's Vijay Krishna Acharya, the film will release on November 8.

The first look of Fatima Sana Shaikh as Zafira was released today:

Similar introductions for Katrina and Aamir are expected to follow.