Thugs Of Hindostan, Fatima Sana Shaikh's first look: If Khudabaksh is an expert in sea warfare, Zafira is an ace warrior at land 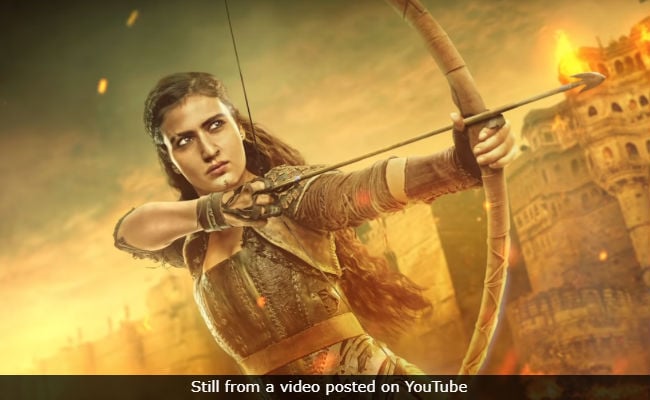 A day after Aamir Khan introduced us to the 'biggest Thug of all' Khudabaksh (Amitabh Bachchan), he announced Fatima Sana Shaikh's role in Thugs Of Hindostan. Fatima plays "warrior thug" Zafira, who appears to be a skilled archer and an excellent warrior on land as opposed to Khudabaksh, who is presented as the ruler of sea. "Iskey nishane se bach ke raho," wrote Aamir Khan in his introductory tweet for Fatima's character Zafira. In the motion poster, we come across Fatima dressed in a soldier-like costume ready to shoot an arrow at an unseen target. She appears fiery and determined to bring down her enemies and a burning fort-like structure in backdrop proves she is capable of doing that.

Take a look at the second motion poster of Thugs of Hindostan, presenting Fatima Sana Shaikh as Zafira:

In an earlier interview, Aamir Khan revealed that Fatima Sana Shaikh plays the central character of Thugs Of Hindostan and that the film's plot is necessitated by the story Zafira.

Before Fatima Sana Shaikh, the makers of Thugs Of Hindostan introduced fans to Amitabh Bachchan's character Khudabaksh. The character was introduced as the captain of a ship, who appears to be skilled at sea warfare.

Thugs Of Hindostan, directed by Vijay Krishna Acharya, is a fantasy adventure film. It also features Aamir Khan and Katrina Kaif and their individual motion posters revealing details about their characters are expected to hit the Internet soon.

Thugs Of Hindostan releases on November 8.