"Ramya ma'am has been paired with Amit ji. Audiences are going to see both of them in really interesting roles," said director Tamilvaanan 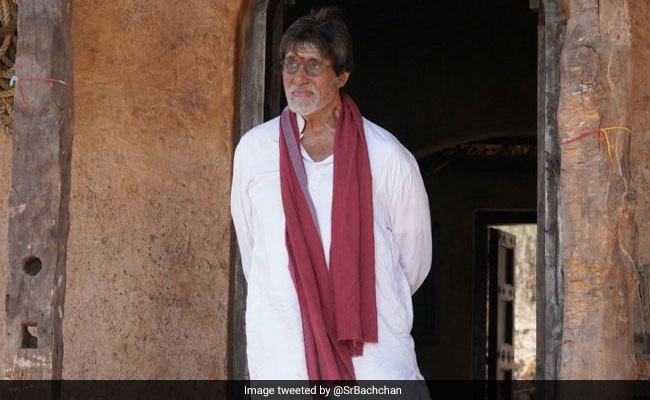 Actors Amitabh Bachchan and Ramya Krishnan, who had previously worked together in Hindi action comedy Bade Miyan Chote Miyan, have been paired once again in upcoming Tamil film Uyarntha Manithan.

The film, being directed by Tamilvaanan in Tamil and Hindi, marks Big B's maiden full-length role in the Tamil film world.

"Ramya ma'am has been paired with Amit ji. Audiences are going to see both of them in really interesting roles. It's really exciting to be bringing together actors with such fine calibre and working with them. We are currently shooting important scenes between both of them in Mumbai," the director told IANS.

Earlier this week, actor-filmmaker SJ Suryah, who plays the lead in the film, shared Amitabh's look on his Twitter page.

Suryah took to Twitter to share the pictures and wrote: "Happiest moment of my life. Thank you God, mom and dad for fulfilling a dream which I have never even dreamt of."

He also thanked Amitabh Bhachchan for working alongside him.

Happiest moment of my life ... thank you God , mom, dad for fulfilling a dream which I have never even dreamt of .... toThe evergreen superstar @SrBachchan , sharing it with our super star @rajinikanth & Dir @ARMurugadosspic.twitter.com/Dwpd2s2nJG

The film, which was officially announced last August, will also be simultaneously made in Hindi.

Soon after the project's launch, Suryah had said in a statement: "Even before I ventured into showbiz as an assistant director, I craved for this moment to work with him. Now to see it happening sends gold rush into my veins, but at the same time, I'm nervous to imagine that I am going to share screen space with him."

The principal shooting of the project began earlier this month. Suryah had revealed last year that Amitabh has set aside 35 days for this project.

"We had requested him for 40 days. He showed me his calendar for next year and I was so inspired that he's so busy even at this age. He requested us to complete his portion in 35 days," he said in the statement.