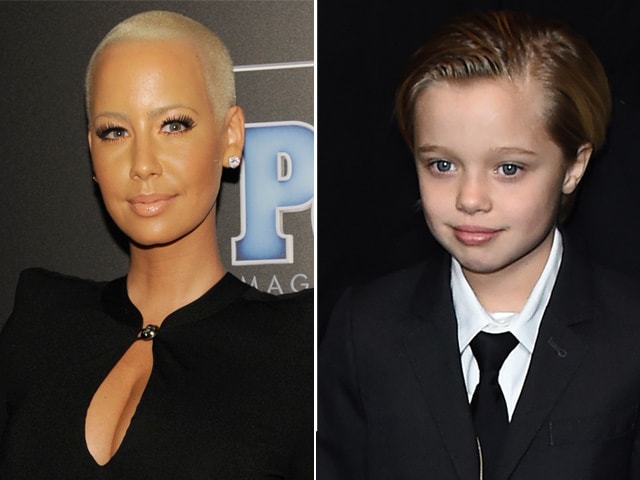 Model Amber Rose is getting backlash for a controversial Instagram post she shared about actor couple Brad Pitt and Angelina Jolie's eight-year-old daughter Shiloh Jolie-Pitt. She has now deleted the post.

The 31-year-old model posted a photo of Shiloh from her mother's recent film Unbroken's premiere in LA with the caption, "How gorgeous is John Jolie Pitt?! Born into the perfect family for him. #TransKids #LoveurKidsNoMatterWhat#Support."

How gorgeous is John Jolie Pitt?! Born into the perfect family for him. #TransKids... http://t.co/Dr0KDzgdX4

Brad had revealed to Oprah Winfrey back in 2008 that Shiloh prefers being called John. "She only wants to be called John. John or Peter. So it's a Peter Pan thing. So we've got to call her John." he had said.

Promoted
Listen to the latest songs, only on JioSaavn.com
Two years later, Angelina spoke about Shiloh's masculine style. "Shiloh, we feel has Montenegro style. It's how people dress there. She likes tracksuits, she likes (regular) suits. So it's a suit with a tie and a jacket and slacks, or a tracksuit. She likes to dress like a boy. She wants to be a boy. So we had to cut her hair," she had said.

Angelina and Brad have never publicly talked about Shiloh or any of their children being "transkids" as Amber had put it.