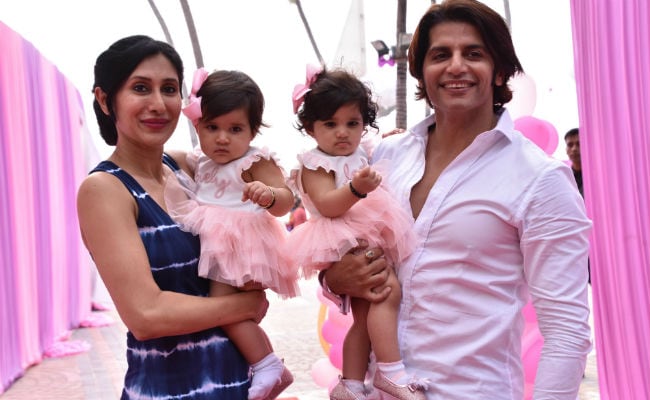 Karanvir Bohra, Teejay Sidhu, Bella and Vienna at the party

New Delhi: Television actor Karanvir Bohra and his wife Teejay Sidhu's twin daughters Bella and Vienna, who turned one on October 19, celebrated their first birthday over the weekend with a lavish party, hosted by their parents. Celebs like Mouni Roy, Gauhar Khan, Karishma Tanna, Suyyash Rai and Kishwer Merchant, Shabbir Ahluwalia and Kanchi Kaul, Jay Bhanushali and Mahhi Vij, Aamir Ali and Sanjeeda Sheikh, Vishal Singh, Rakshanda Khan and others dropped by to wish Bella and Vienna on their special day. The little ones were twinning in similar pink frocks and matching headbands. Karanvir thanked the guests with a special note on Instagram and wrote, "Thank you all our friends for coming to #Bella&Vienna's 1st birthday......it really means a lot to all of us. It was so good to see that all the kids enjoyed themselves more than the parents."

Promoted
Listen to the latest songs, only on JioSaavn.com
Check out the adorable pictures from Bella and Vienna's first birthday bash. 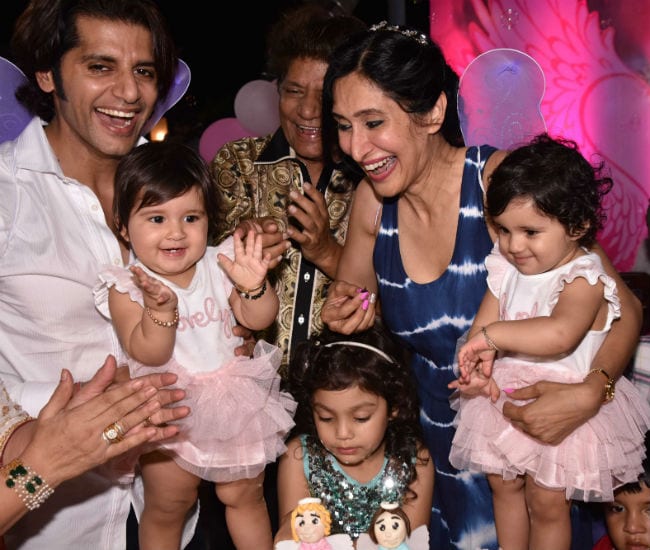 Karanvir Bohra and Teeja Sidhu at the party with their daughters 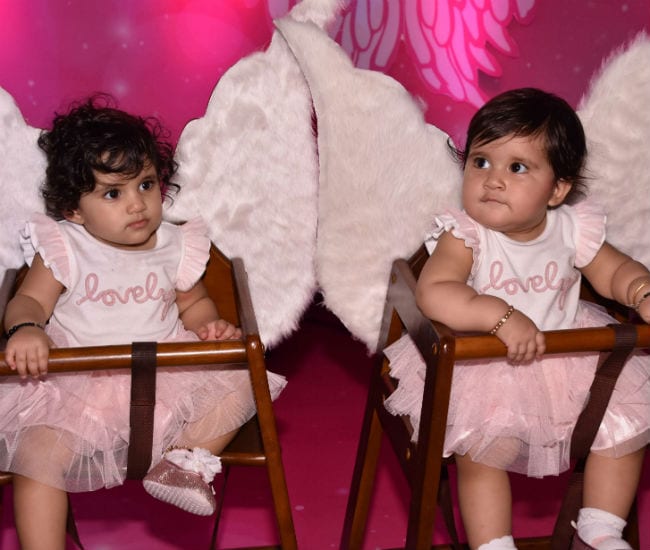 Bella and Vienna are so cute

Karanvir's Naagin co-star Mouni Roy made a chic entry in a striped romper while Gauahar Khan was casually dressed in a red and white checked shirt and blue denim. Karishma Tanna picked brown palazzos and a white spaghetti crop top for the party. 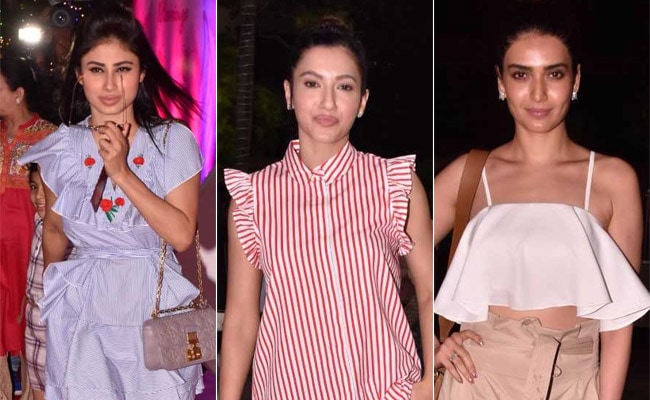 The stars at the party

Ashmit Patel and Maheck Chahal, who got engaged a couple of months ago, made a couple entry and Suyyash Rai and Kishwer Merchant too. 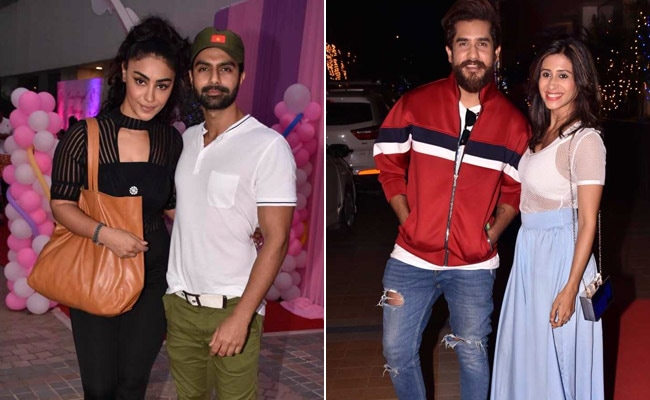 Jay Bhanushali and Mahhi Vij arrived with their adopted kids. 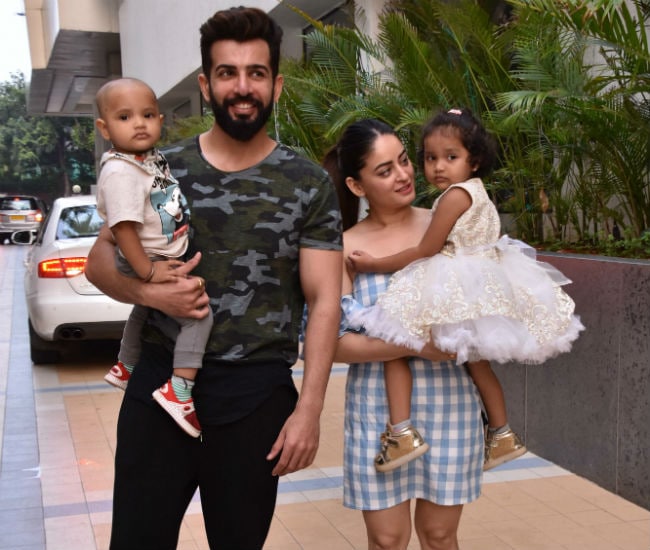 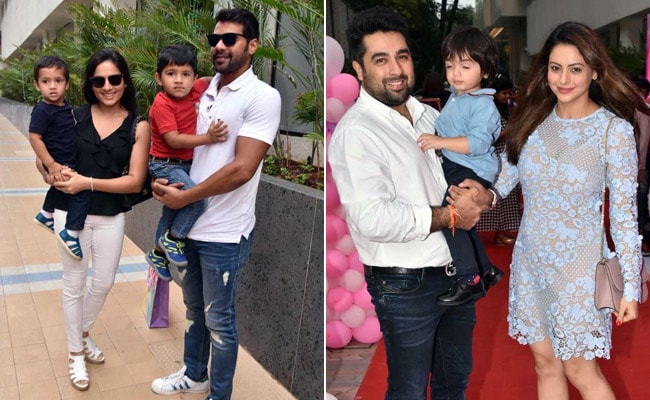 Say hello to the other stars at the party

Bella and Vienna were born in Vancouver, Canada. Of fatherhood, Karanvir earlier told news agency IANS, "The only evolution that has happened in me is that I have become more responsible. Responsibility comes when children come into your life." Karanvir and Teejay have been married for over 10 years now.

Karanvir Bohra has been a part of television shows Shararat, Dil Se Di Dua... Saubhagyavati Bhava? and Naagin 2. He was last seen as a host in India's Best Judwaa.