All These Years Later, Woody Allen's Wife Soon-Yi Defends Him In Controversial Interview 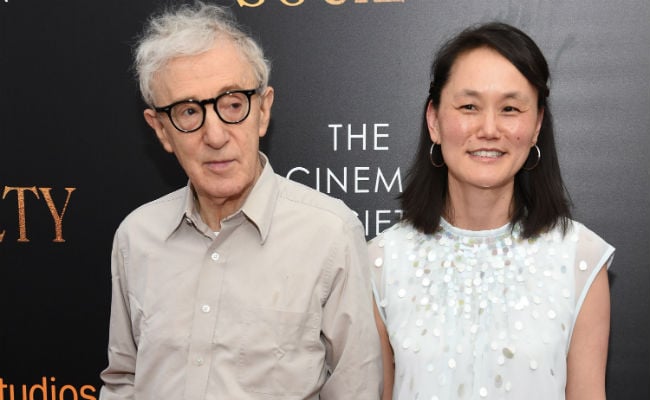 A file photo of Woody Allen and Soon-Yi Previn at a film premiere in New York. (Image courtesy AFP)

In a rare interview, Soon-Yi Previn has spoken publicly about her relationship with her husband, Woody Allen, and her adoptive mother, Mia Farrow.

In a New York Magazine profile published Sunday night, Previn, 47, explained how she ended up marrying a man more than 30 years her senior who had been dating her adoptive mother, Mia Farrow, throughout her teenage years. She also accused Mia Farrow of treating her adopted children like servants and even being physically violent - claims which a family spokesperson told the magazine were untrue.

"Mia was never kind to me, never civil," Previn told the magazine. "And here was a chance for someone showing me affection and being nice to me, so of course I was thrilled and ran for it."

"I wasn't the one who went after Woody - where would I get the nerve?" she went on to say. "He pursued me. That's why the relationship has worked: I felt valued. It's quite flattering for me. He's usually a meek person, and he took a big leap."

Previn said she is now speaking publicly because she believes that "what's happened to Woody is so upsetting, so unjust." She told the magazine that Mia Farrow "has taken advantage of the #MeToo movement and paraded Dylan as a victim."

In 1992, Allen was accused of molesting his adoptive daughter, Dylan Farrow. He has denied the allegations and was never charged with a crime. The dispute over exactly what happened is so complicated that multiple publications have created dedicated timelines to keep track of the conflicting stories and warring pieces of evidence.

Within hours of the article's publication, Dylan Farrow, along with several of her siblings, criticized what she described as "a one-sided piece." Ronan Farrow, who, in addition to being Dylan Farrow's brother, recently won a Pulitzer Prize for his reporting on sexual misconduct, accused Allen of "planting stories that attack and vilify my mother to deflect from my sister's credible allegation of abuse."

The allegations - fueled by Allen's marriage to a much younger woman who some considered part of his family - were a part of the discourse around the filmmaker's work years before #MeToo became a trending hashtag. In early 2014, Washington Post columnist Paul Farhi noted that a Vanity Fair story revisiting the incident and an open letter from Dylan Farrow in the New York Times had "revived a debate about whether an artist who is alleged to have engaged in reprehensible behavior should be rewarded for his art."

In the past year, actors such as Ellen Page, Timothée Chalamet, Greta Gerwig and Colin Firth have said that they won't work with Allen again. Page Six recently reported that his latest movie has been shelved and may never be released.

"I am a pariah," Allen told New York Magazine, noting that he and Previn had contributed to Hillary Clinton's 2016 campaign but their donation was returned. "People think that I was Soon-Yi's father, that I raped and married my underaged, retarded daughter."

Initial criticism of the New York Magazine piece focused on the person chosen to write it: Daphne Merkin, a freelance writer who acknowledges in the seventh paragraph that she has been friends with Woody Allen "for over four decades."

In her 2014 essay collection, The Fame Lunches, Merkin recalled that in her early 20s, she sent "[t]he early, achingly funny, pre-scandalous Woody Allen" a poem that she had written in her college writing class, which ended, "You are my funny man / You know you can be sad with me." He wrote back and complimented her on her poetry, and they later struck up a correspondence that she described in the collection's title essay.

Merkin has also criticized the #MeToo movement. "What happened to women's agency?" she asked in January a New York Times op-ed that questioned whether "scattershot, life-destroying denunciations" would put a stop to workplace sexism.

"If Soon-Yi was unwilling to speak to anyone else, NY Mag didn't need to commission the piece," Yashar Ali, who contributes to the magazine, wrote in a tweet. He added later: "Generally, I don't think a friendship should preclude a reporter/writer from writing or profiling someone . . . but in the case of a sensitive issue like an abuse allegation, it is, without question, a conflict of interest."

Two and half hours after the story had first published, New York Magazine issued a statement responding to the criticism by encouraging people to read the story for themselves."Daphne Merkin's relationship to Woody Allen is disclosed and is a part of the story," the statement said.

In 1977, Mia Farrow and her then-husband André Previn adopted Soon-Yi from an orphanage in Seoul. In the New York Magazine piece, Soon-Yi Previn describes a "hierarchy" within the family, claiming that Farrow "always valued intelligence and also looks, blond hair and blue eyes." She and her adopted sisters ironed the sheets and did the grocery shopping for the whole family, she says. She also alleges that Farrow slapped her face, spanked her with a hairbrush, called her stupid and threw a porcelain rabbit at her.

When Farrow began dating Allen in 1979, Soon-Yi Previn was 10 years old. Speaking to New York Magazine, she recalled that she had hated him "because he was with my mother, and I didn't understand why anyone could be with such a nasty, mean person."

Later, when she was in 11th grade, the two became friendly after she broke her ankle and he offered to take her to school, the article reported. They later started going to New York Knicks games together. "I think Woody went after me because at that first basketball game I turned out to be more interesting and amusing than he thought I'd be," Previn told Merkin.

Their relationship turned sexual during the fall of 1991, when Previn was a freshman at Drew University, she told the magazine. Allen had shown her an Ingmar Bergman movie while she was home on break. "We chatted about it, and I must have been impressive because he kissed me and I think that started it," Previn wrote to Merkin in an email. "We were like two magnets, very attracted to each other."

Both Previn and Allen told New York Magazine that they assumed she would eventually meet someone in college, and their relationship would end. "It only became a relationship really when we were thrown together because of the molestation charge," Previn said.

The profile appears to be the first time in more than 25 years that Previn has spoken publicly about her relationship with Allen. In an August 1992 interview with Time, she told the magazine, "I was not raped, molested or manipulated as Mia has hysterically charged, nor am I retarded or mentally slow as she would have you believe."

Around the same time, she put out a statement asking people not to "dramatize" her relationship with Allen, saying that he had never been a father figure to her. "I have a terrific relationship with Woody and realize it's full of dramatic overtones, but it's really quite simple," she said in the statement, according to Newsweek. "It revolves around conversations, film talk, sports talk, books and art. He's very quiet and hardworking and finds it amazing and ironic that our relationship is of such interest to people."

Allen has spoken about their relationship on a number of occasions in the intervening years. In 2015, he seemed to contradict Previn's claim that he had never being a father figure to her, telling NPR, "I was paternal. She responded to someone paternal."