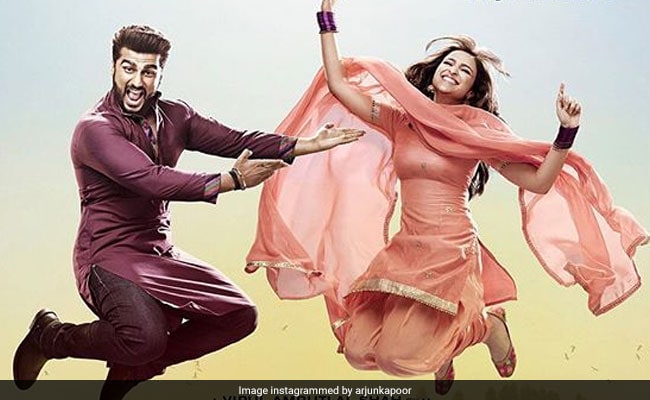 Finally, the makers of Namaste England have announced the trailer release date of the film with a new poster featuring lead actors Arjun Kapoor and Parineeti Chopra. In the new poster, both actors can be seen traditionally dressed and they appear to be ecstatic about something. Arjun Kapoor captioned the poster: "Guesswork ends. Excitement begins. Namaste England Trailer out tomorrow." Hours after sharing the poster on social media, the duo also shared a video, where they can be seen having a cute banter. At the end of the video, director of the film Vipul Amrutlal Shah also makes an appearance. The video shared by the actors appear to have been shot in a foreign destination.

Namaste England is Arjun Kapoor's second collaboration with Parineeti Chopra. They had earlier featured in Ishaqzaade, which was Arjun's Bollywood debut film. Speaking about his experience of working with Parineeti, Arjun in an earlier interview to IANS said: "As an actor, Parineeti brings the best out of me because I feel that if you are honest with your co-actor, then automatically, you deliver good results." Arjun Kapoor and Parineeti Chopra have another film releasing this year, titled Sandeep Aur Pinky Faraar. Namaste England is expected to release on October 19.