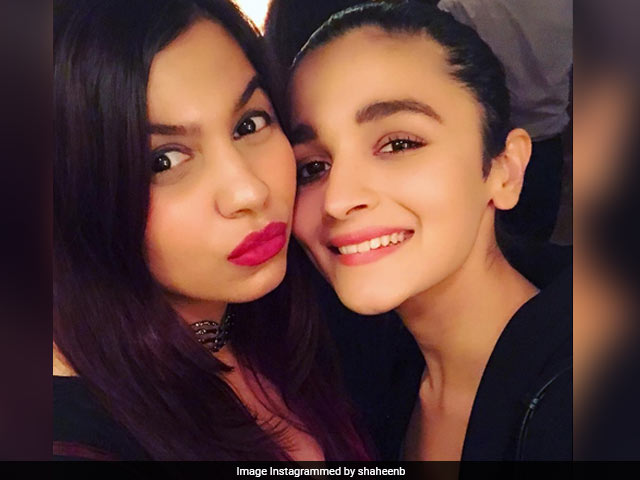 New Delhi: Actress Alia Bhatt's sister Shaheen Bhatt has denounced the media and social media for taking and circulating photos of the funerals of celebrities' family members in a strongly-worded Instagram post. Shaheen wrote the post after the death of actress Aishwarya Rai Bachchan's father, Krishnaraj Rai. "Death is traumatic enough without pictures of you at your most broken being circulated all over social media," reads Shaheen's post, which she captioned: "With respect to the photos of a mourning Aishwarya Rai that are all over the internet." Krishnaraj Rai died on March 18 in hospital, after several days of illness. In her post, which has over 5,500 likes, Shaheen berated the media and the Internet for being 'insensitive' and 'a voyeur of death.'

"We need to learn how to be human again," Shaheen Bhatt wrote in her post, which has plainly resonated with many. "Extremely well said," read one comment. Shaheen is the elder of filmmaker Mahesh Bhatt's and actress Soni Razdan's two daughters.

With respect to the photos of a mourning Aishwarya Rai that are all over the internet.

Photos of the Bachchans outside the Mumbai hospital Mr Rai was taken to were published weeks ago. After Mr Rai's death, pictures of celebrities visiting the Bachchan residence and attending the funeral have been taken and published. Aishwarya Rai Bachchan is married to actor Abhishek Bachchan, son of actors Amitabh and Jaya Bachchan.

Promoted
Listen to the latest songs, only on JioSaavn.com
Both Abhishek and Amitabh Bachchan posted tweets thanking those who sent in condolence wishes. Aishwarya Rai Bachchan, who has a five-year-old daughter with Abhishek, is not on social media.