Alia Bhatt's Performance In Kalank Made Karan Johar Cry: 'Got Teary And Rang Her Up'

"I saw something that Alia had done in Kalank and I was just so moved by the work she had done," Karan Johar said on Neha Dhupia's show 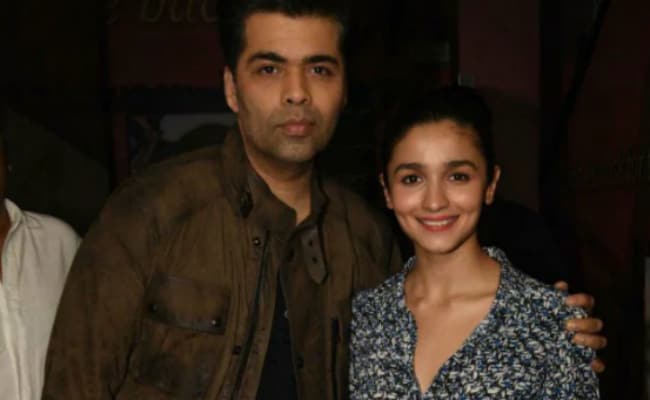 Karan Johar, who recently joined Neha Dhupia for an episode of No Filter Neha, divulged many details about his upcoming projects Kalank and Takht, one of them being that Alia Bhatt's performance in Kalank made him well up, reported news agency IANS. "I saw something that Alia had done in Kalank and I was just so moved by the work she had done," IANS quoted Karan as saying on the show. KJo, who launched the 25-year-old actress in Bollywood with 2012 film Student Of The Year, added that he got so emotional after watching Alia in a particular sequence in Kalank that he called her up to give her a shout out for her performance.

Speaking to Neha on her show, the 46-year-old filmmaker said: "I won't disclose what it is (but) she has done something in the film. You know when I see Alia I get that feeling like I'm seeing my daughter perform," IANS quoted him as saying.

"And because I have that emotion for her I just started crying in the end for some weird reason. I'm going through something internally which I'm not aware of and I just got very teary. And I rang her up and said her I got very emotional, well done," added Karan Johar, who is producing the period film, which is set in the 1940s.

Kalank, which is currently work-in-progress, is being directed by Abhishek Varman. The ensemble cast of Kalank also includes names such as Sanjay Dutt, Varun Dhawan, Aditya Roy Kapoor, Sonakshi Sinha and Madhuri Dixit, who will feature in the role that Sridevi was originally cast in.