The X-Factor Of Kalank Roles, As Shared By Sonakshi Sinha

"I am having a great experience shooting that film. I think it's going to be a wonderful film," said Sonakshi Sinha 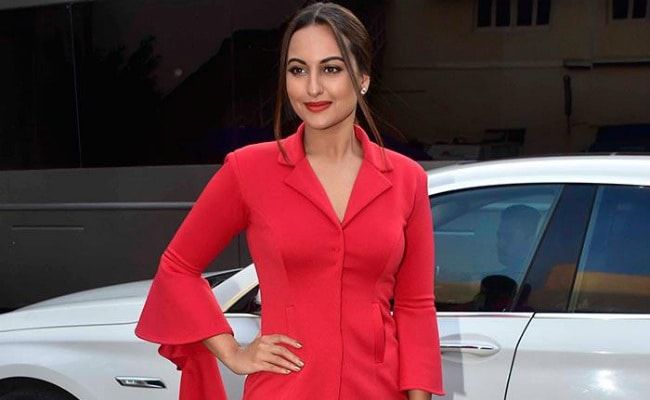 Actress Sonakshi Sinha, who is currently busy filming Kalank, shared some trivia about the movie, one of them being what makes this multi-starrer special. "I think audience hasn't seen the actors playing such kind of roles in their previous films so, it is very interesting," said Sonakshi, who co-stars with the likes of Alia Bhatt, Varun Dhawan, Sonakshi Sinha, Sanjay Dutt, Madhuri Dixit and Aditya Roy Kapur in the movie. Directed by Abhishek Varman, Kalank will also see Sonakshi in a "very different" role, she said. Not just her character in the film but shooting with the entire team is also turning out to be a delightful experience for Sonakshi, the actress added.

"I am having a great experience shooting that film. I think it's going to be a wonderful film. I am playing a very different character and other actors who are working in it are also playing different character," Sonakshi Sinha quoted IANS as saying.

One of the reasons why Sonakshi is having a great deal of fun on sets is perhaps because she sports an entirely different look in the film: "Not much can be revealed about her role and her look, one can definitely expect Sonakshi to be seen donning an entirely different look altogether unlike any of her previous cinematic outings," IANS had quoted a source as saying previously.

Kalank went on floors in April but was postponed in July after the sets of the film collapsed because of the Mumbai rains. The team was to kick-start their third schedule of the film.

Produced by Karan Johar's Dharma Productions, Kalank is all set to hit screens on April 19 next year.