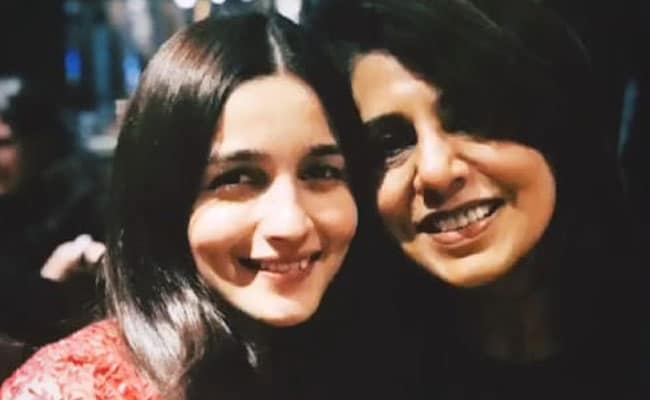 Alia Bhatt made Neetu Kapoor's birthday extra special with an adorable birthday wish on her Instagram story. Sharing a cute photo of herself with Neetu Kapoor, the 26-year-old actress wrote: "Happy, happy birthday to the most beautiful soul Neetu Kapoor! May you have the best day full of love, laughter and cake" and added a huge cake emoji. Alia also gift wrapped a tight hug for Neetu Kapoor in her Instagram story as she wrote: "Sending you the biggest and tightest hug possible." Aww, isn't that adorable? Alia Bhatt was recently in New York with Ranbir Kapoor's parents - Neetu and Rishi Kapoor. 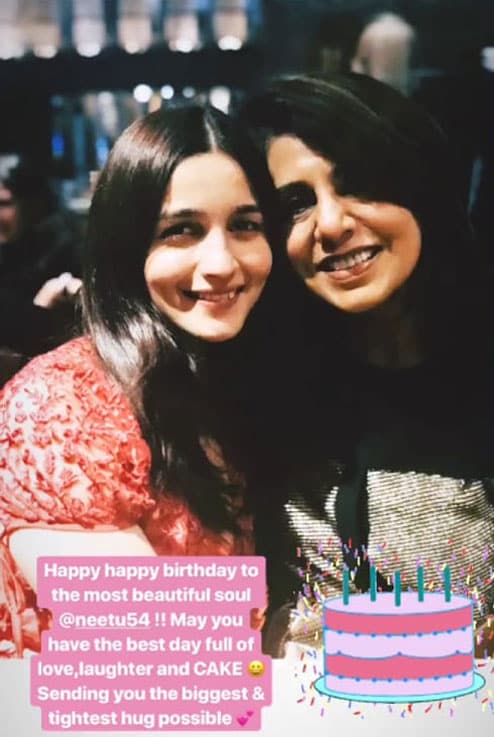 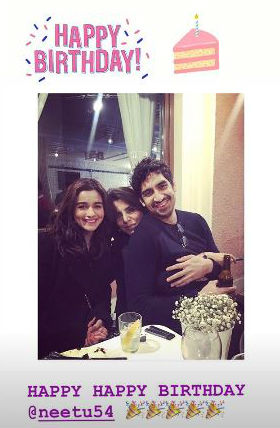 Alia Bhatt appears to be Neetu Kapoor's darling - Neetu often fills up her Instagram with adorable posts featuring Alia and Ranbir. Sharing photos from the couple's recent New York outing, Neetu Kapoor described Alia as "family": "Your family is your whole world. So, so many loves in these beautiful moment."

After the Alia and Ranbir's Filmfare Award wins earlier this year, Neetu Kapoor's excitement spilled on to Instagram when she dedicated a message to the couple: "And moments like these make you forget all the stress. Congratulations so proud and happy."

Alia Bhatt and Ranbir Kapoor are currently working on their first film together Brahmastra, which is all set to release next year.