Alia Bhatt Shares Poster Of Mom Soni Razdan's Film Yours Truly, Reveals Why It Is 'Special'

"A brave film from a brave filmmaker," wrote Mahesh Bhatt 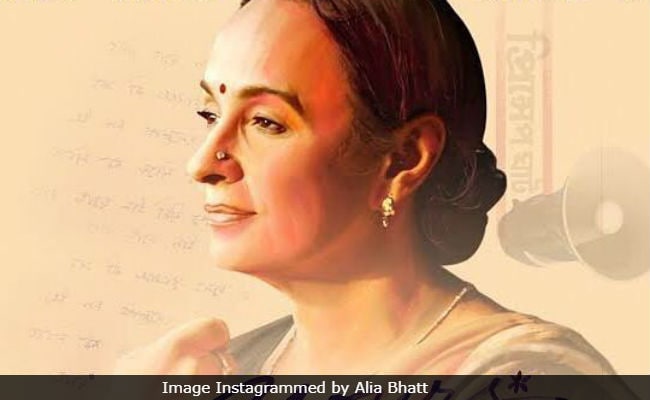 Soni Razdan on the poster of Yours Truly. (Image courtesy: aliaabhatt)

Alia Bhatt was extremely delighted to share the first poster of her mother Soni Razdan's film Yours Truly, which will be screened at the Busan Film Festival in October this year. A proud Alia also mentioned that the film not only stars her mother Soni Razdan in the lead role but also features her filmmaker-father Mahesh Bhatt (in a special appearance). On Tuesday afternoon, Alia shared the film's poster on social media and wrote: "So happy to share the lovely poster for Yours Truly, a very special film which also brings my mom and dad together on screen for the first time." It wasn't just Alia, who shared the film's poster, Mahesh Bhatt, also shared the film's poster on social media. He wrote: "A brave film from a brave filmmaker. Premiering at Busan."

SO SO happy to share the lovely poster for #YoursTruly, a very special film which also brings my Mom & Dad together on screen for the first time #yourstrulyatbusan

Yours Truly has been directed by Sanjoy Nag and the film also features Pankaj Tripathi and Lipstick Under My Burkha actress Aahana Kumra in pivotal roles. The film will be screened at the 23rd edition of the Busan International Film Festival, which will be held in October this year. The nine-day festival will be organised at Haeundae-gu, Busan South Korea.

Alia Bhatt shared screen space with her mother in her last film Raazi, in which Soni Razdan played the role of Alia's mother onscreen. Alia is very close to her mother and she often features on her mother's Instagram profile. Here are some of our favourite posts:

This picture of Alia reminds me that she has Slavic blood in her veins. Her grandmother has that ... I do too naturally. And Kashmiri too. They blend well I would say

Remember this throwback picture of Alia with Paresh Rawal from the sets of Tamanna?

Oh my oh my where did the years fly ... Alia in Tamanna not a very long time ago

On the work front, Alia Bhatt will next be seen in Ayan Mukerji's Brahmastra, co-starring Amitabh Bachchan and Ranbir Kapoor. Apart from Brahmastra, Alia also has Zoya Akhtar's Gully Boy, Abhishek Varman's Kalank and Karan Johar's Takht in the pipeline.