Actress Alia Bhatt recently conducted #AskAlia session on Twitter. The 24-year-old actress revealed that Prabhas was her favourite south actor and that she would love to work with him 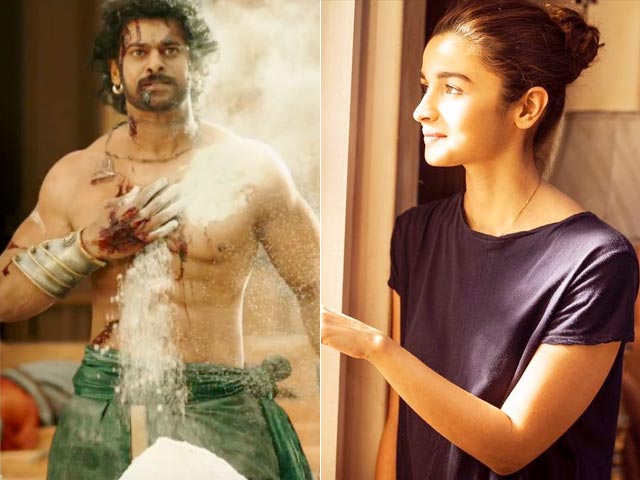 New Delhi: Actress Alia Bhatt is known to be very active on social media. Recently, the 24-year-old actress conducted #AskAlia session on Twitter in which she answered the questions asked by her fans and followers. During the interaction, the Highway actress was all praise for filmmaker S S Rajamouli's magnum opus Baahubali: The Conclusion. When asked to describe the film in just one word, she said: "Need a new word for this giant. Rock-buster?" Alia Bhatt not only revealed that her favourite south actor was Prabhas aka Amarendra Baahubali, she also added that she would be keen on collaborating the 37-year-old actor. Read Alia Bhatt's Twitter interaction below:

Alia Bhatt made her Bollywood debut in 2012 with Karan Johar's Student Of The Year along with Sidharth Malhotra and Varun Dhawan. She was last seen in Shashank Khaitan's Badrinath Ki Dulhania, co-starring Varun Dhawan. The film earned more than Rs 200 crore at the box office.

Alia Bhatt, who will next be seen in Ayan Mukerji's Dragon opposite Ranbir Kapoor, in her Twitter interaction, also said that she is 'excited' about the film.

In an earlier interview to news agency PTI, Alia Bhatt said: "Dragon is not a typical superhero film. There will be lot of action around me. I don't think I will be beating up anybody. It's a sci-fi, supernatural film."

Promoted
Listen to the latest songs, only on JioSaavn.com
Dragon, which will be produced by Karan Johar, also stars Amitabh Bachchan in a key role. The film is scheduled to be released later this year.