Alia Bhatt Quizzes Birthday Boy Karan Johar About His Twins. This Is What He Said

During the Facebook conversation, Alia Bhatt asked Karan Johar on when he plans to introduce his twins- Yash and Roohi to the world 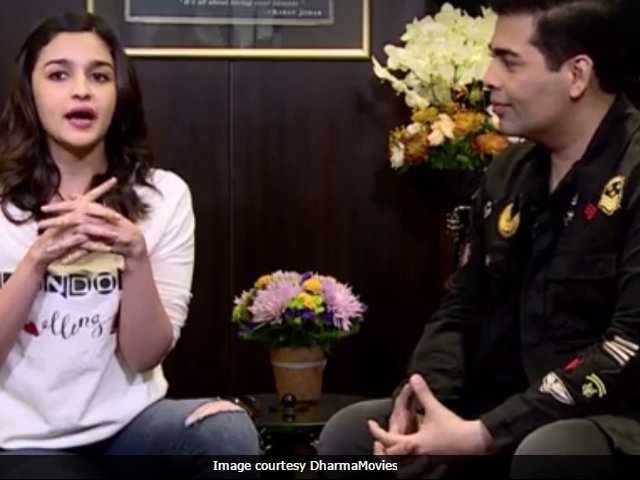 New Delhi: Filmmaker Karan Johar is celebrating his 45th birthday today. Actress Alia Bhatt, who made her Bollywood debut in Karan's film Student Of The Year, held a LIVE Facebook chat with her mentor. The 24-year-old actress introduced Karan Johar to everyone in his own Koffee With Karan style. During the conversation, the Udta Punjab actress asked Karan Johar on when he plans to introduce his twins- Yash and Roohi to the world. Speaking about his little bundles of joy, the filmmaker said that he would love to introduce them to the world soon. However, he plans to keep them safe from all the paparazzi for the time being.

Karan Johar narrated a 'minor mishap' to his fans. He said that once his mother Hiroo nearly uploaded the pictures of his twins on Twitter. "I'm definitely going to step out with them a lot and in any case they will be 'papped.' Then I'll put out pretty images because I want everyone to see how gorgeous they are," said Karan Johar.

The Dear Zindagi actress also asked him what the best part of being a dad was, to which he replied- unconditional love and the responsibility that comes with parenthood.

Karan Johar is a single father to twins Roohi and Yash, who were born via surrogacy earlier this year and were brought home in March.

Like Karan Johar's Koffee With Karan rapid fire rounds, Alia Bhatt posed 45 tough questions for the director on his birthday. From his all-time favourite film to how he has changed in the last ten years, Karan Johar spilled it all out. Karan Johar revealed that he was starstruck by Sridevi and wishes to work with her in the near future.

In a Q and A round with fans, Karan Johar said that he plans to introduce three new faces in the film industry this year. Well, we'll have to wait and watch who the lucky ones are going to be.

Promoted
Listen to the latest songs, only on JioSaavn.com
Karan Johar is currently enjoying the record-breaking success of Baahubali: The Conclusion, directed by S S Rajamouli. The film's Hindi version has been produced by Karan Johar's Dharma Productions.