"You skipped the part where you lied to me about the weight on me," Alia Bhatt told her trainer while sharing the video 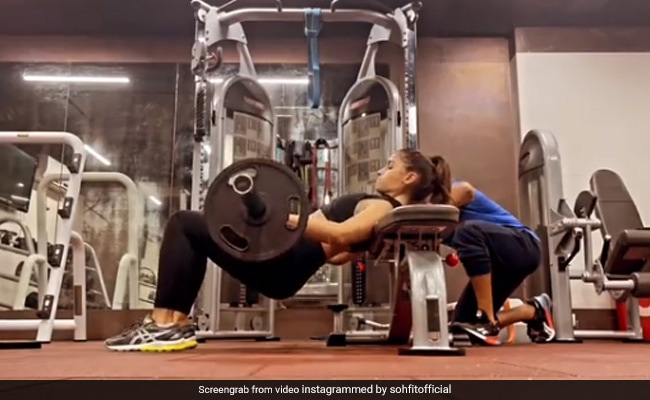 Alia Bhatt in a still from Instagram video (courtesy sohfitofficial )

Every now and then, we get a glimpse of Alia Bhatt's work out routine on Instagram and she added one more to the list recently. After an intense session in the gym, the 28-year-old actress hilariously called out her trainer in an Instagram story for making her do some unexpected weight lifting. Alia Bhatt's friend, fitness trainer Sohrab Khushrushahi, shared a video of the actress' work out drill on Instagram and wrote: "Always be the hardest worker in the room (honestly I don't think I need to tell you that - you do it anyway)!" Reacting to the video, which is set to the song Goosebumps, Alia shared it on her Instagram story wrote: "You skipped the part where you lied to me about the weight on me." 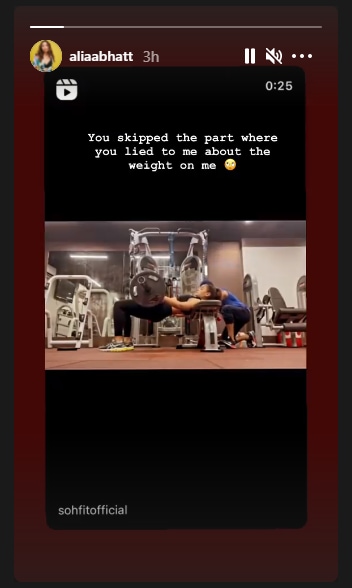 Here's how Alia Bhatt pushed her limits at the gym:

On Yoga Day, Alia shared an adorable video, also featuring her best friend Edward - one of her pet cats.

Earlier, Alia Bhatt "chronicled" how she struggles to start a work out session in a series of Instagram stories which ended with her thinking of pizza and running on the treadmill. "Think about that pizza you would like to eat this week," she wrote. Next we know, Alia was on the treadmill, burning those extra calories. 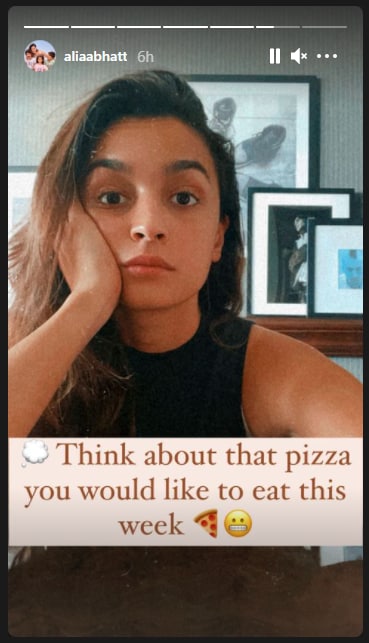