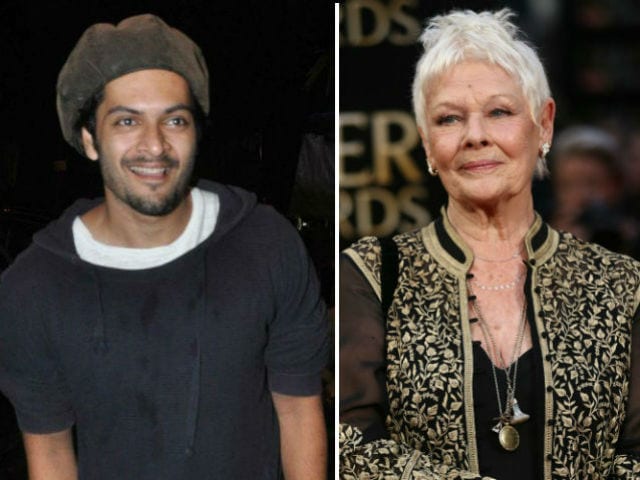 Mumbai: Actor Ali Fazal has been roped in as the male lead opposite Academy Award winning-actress Judi Dench in a Hollywood film titled Victoria and Abdul.

Ali, who featured in Furious 7, plays the role of Abdul Karim, the young servant from India who became an unlikely confidante and teacher to Queen Victoria played by Judi.

The movie will be directed by Stephen Frears, known for films like Philomena and The Queen, from a screenplay written by Lee Hall. And Ali can't wait to start shooting with Judi Dench.

"I can't wait to take on Judi. She is the cherry on this wonderful pudding. The most loved woman of Britain and probably the world. It was a process of endless auditions and readings and conversations and today I am so glad that they grilled fully into it to a point of no return. I am ecstatic and I guess it hasn't really sunk in. So I will take a bow when I finish my work on the film. The fun has just begun," Ali said in a statement.

The film is based on Shrabani Basu's book Victoria & Abdul: The True Story of the Queen's Closet Confidant, telling the extraordinary true story of an unexpected friendship in the later years of Queen Victoria's long rule.

"It doesn't get better. I have known about this beautiful story for ages and never thought I would be destined to play out this character. Stephen Frears is one of my all-time favourite directors," he added.

The film is being produced by Working Title Films and will be distributed worldwide by Focus Entertainment which is a division of NBC Universal.

The actor is also looking forward to the release of his movie Happy Bhag Jayegi, directed by Mudassar Aziz, also starring Abhay Deol.