Akshay, This Rustom Promo From Sidharth and Oscar Malhotra is Cutest Ever 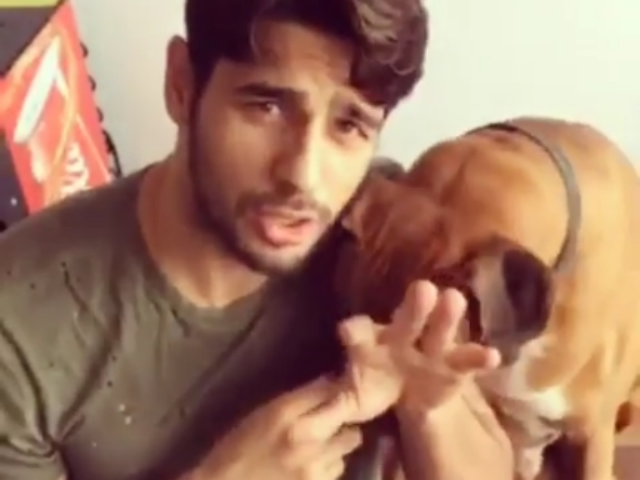 A still from the video posted on Instagram by Sidharth Malhotra

New Delhi: Salman Khan, Ranveer Singh, Karan Johar and Sonakshi Sinha proved it's all about loving your fraternity and now actor Sidharth Malhotra has joined the Rustom bandwagon by posting the most adorable video on Instagram.

The video stars Sidharth's pet dog Oscar, who looks innocently on as Sidharth recites a dialogue from Rustom.

You've got to see that puppy face for yourself and we're not referring to Sidharth this time.

@akshaykumar paahji Oscar is also super intrigued and excited to watch you this fri #5DaysToRustom big hug n tongue from Oscar,love you brother

We wish we could slobber over Sidharth too. Oscar is one lucky pooch.

Rustom has received a lot of love and attention from the film fraternity with many celebrities counting down to its release by posting creative videos and pictures on social media.

Salman began the Rustom celebrity PR spree by requesting his fans on Twitter to go watch the movie. Ranveer and Karan continued it by posting creative videos on their social media accounts. Sonakshi Sinha recently took it up a notch by posting a video of her singing a song from the film.

In Rustom, Akshay Kumar plays naval commander Rustom Pavri, a fictionalised version of K M Nanavati who was tried and acquitted for the murder of his wife's lover, leading to the scrapping of India's jury system.