Less than a month after the project went on floors, Raghava Lawrence decided to exit Akshay Kumar's Laxmmi Bomb 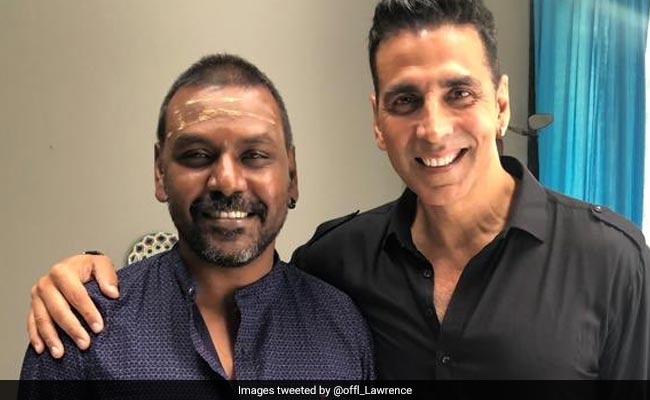 Actor-filmmaker Raghava Lawrence, who was recently signed to direct Akshay Kumar starrer Hindi horror-comedy Laxmmi Bomb, has opted out of the project as he felt disrespected. Laxmmi Bomb is the remake of highly successful Tamil horror-comedy Kanchana, which was directed by Lawrence, who also starred in the film.

Less than a month after the project went on floors, Lawrence decided to exit it after the makers unveiled the film's first look on Saturday allegedly without his knowledge.

"There is an old popular saying in Tamil which tells 'Don't step into any house where there is no respect'. In this world, more than money and fame, self-respect is the most important attribute to a person's character. So I have decided to step out of the project, Laxmmi Bomb, the Hindi remake of Kanchana," Lawrence wrote in a note he posted on his Twitter page.

He said there were multiple reasons for his exit, "but one of them is that the first look poster of the film was released without my knowledge and even without discussing anything with me. I was informed about this by a third person. It is very painful for a director to know about his movie's first look release from others."

He felt "disrespected" and "disappointed".

"As a creator, I'm also not satisfied with the poster design (of first look) as well. This shouldn't happen to any director. I can hold back my script because I haven't signed any agreement regarding this film, but I won't do it because I personally respect Akshay Kumar sir a lot," Lawrence said.

He said the makers can find a replacement for him. He will soon meet Akshay and hand over the script and step out of the project in "a good way".

In Laxmmi Bomb, Akshay plays a character that will be possessed by a ghost of a transgender. Kiara Advani has been signed as the leading lady.